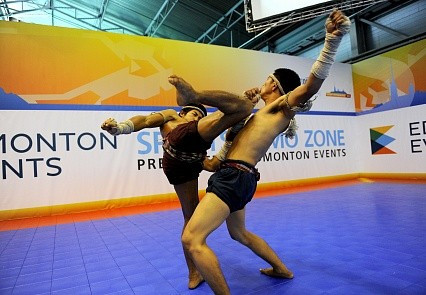 The Sport Accord Convention in Sochi is now less than two days away as organisers get ready to host its unique Village for the very first time, as well as a Sports Demo Zone.

Opening daily between 9am to 6.30pm local time, SportAccord Convention and a team of local volunteers will welcome host city residents to the Sochi ExpoCentre from Sunday (April 19) until the following Friday (April 24).

Disciplines on show in the Sports Demo Zone include judo, wrestling, sambo, muay thai, karate, aikido, orienteering, floorball, boules and chess, as well as GO games for those who want to sit and play while learning.

Mini-golf, table tennis and billiard tables will also be located around the Village for people’s enjoyment, enabling sports enthusiasts, or anyone wanting to try their hand at an unfamiliar sport, to join in and have fun.

“The Sports Demo Zone has worked very well in the past, however, this was for our delegates,” said event executive Lia Luzzi, who is responsible for the Village and Sports Demo Zone.

“The SportAccord Convention Village has been created to provide a cultural window to the world, as well as welcome the citizens and schoolchildren of Sochi, providing inspiration and sharing the intrinsic values held in the spirit of sport.

“I am really looking forward to seeing the smiles on their faces.”

The Village will also host an art gallery featuring famous artists, such as impressionist Tuman Zhumabaev, one of the most prominent painters living in Russia today.

Zhumabaev recently had one of his pictures acquired by the Hermitage Museum in St Petersburg for its permanent collection.

In the SportAccord Convention Art Corner, ever-popular crowd-pleaser, Valentina Jarrett, will be in residence throughout the week, to inspire and teach children how to create 3D art.

Another integral part of the SportAccord Convention is the cultural programme, both in terms of involving the local communities and schoolchildren of the host city, as well as giving artisans and companies visibility.

To this end, the Village will stage an emporium, with local businesses offering products and services from the Krasnodar region.

Additionally, artisans will showcase their crafts and regional produce, enabling delegates from around the world to experience the talents and cultural riches on offer.

Now in its 13th year, the six-day SportAccord Convention brings together key decision-makers from more than 100 international sports federations and associations, to discuss ways to take sport to the next level for the benefit of everyone worldwide.

As well as the Village and Sports Demo Zone, it also features a three-day Conference, a "dynamic" exhibition, LawAccord, City Forum, and the annual general meetings of many other governing bodies across world sport.

Sports Demo Zone masterclasses have been scheduled daily and participation is on a first-come, first-served basis.

For more details on the masterclasses taking place, click here.