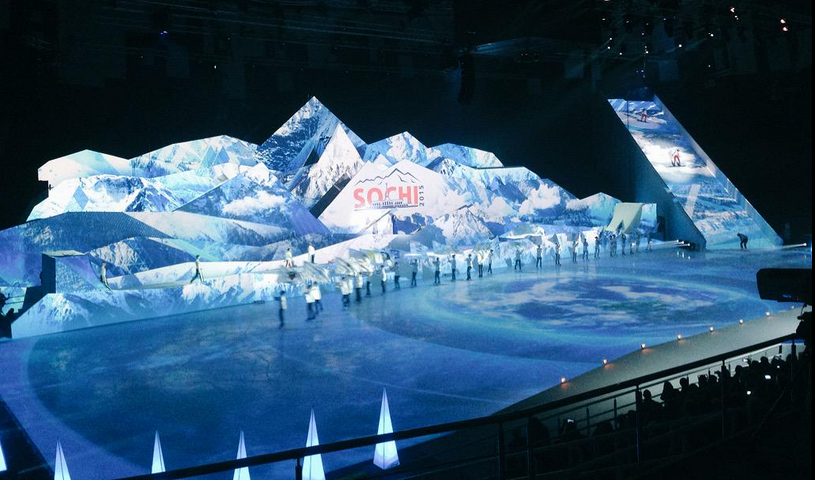 The Ceremony came at the end of a dramatic day, which saw SportAccord President Vizer launch a scathing attack on International Olympic Committee (IOC) counterpart Thomas Bach, who was in attendance.

He accused Bach of trying to block projects he has tried to introduce, and the IOC of lacking transparency, while claiming that Agenda 2020 had brought “hardly any benefit” to sport.

Spectators at the Ceremony were treated to a show littered with colour and artistry at the venue which hosted figure skating and short track speed skating at Sochi 2014.

Flags of the sports federations and organisations represented at the Convention were waved by ice skaters, as gymnastics, roller skating, and boxing among other sports were showcased outside the rink.

In between the festivities, Vizer was joined by Russian Sports Minister Vitaly Mutko and Nikolay Doluda, Deputy Governor of the Krasnodar Region of the Russian Federation, in addressing the crowd.

"Thank you to the Russian Federation and the IOC for generating and creating a spectacular legacy for sport and for the sport environment community projects and development," said Vizer.

"I wish all of you a successful Convention, good work during the sessions, a good exhibition, good visiting of Sochi and a spectacular Gala on April 23 (Thursday) in the evening.

"On behalf of SportAccord, all our partners, organisers, colleagues, volunteers and participants, I wish you a nice evening and all the best for this period in Sochi."

The six-day SportAccord Convention, which is due to run until Friday (April 24) at the Sochi ExpoCentre, will allow key decision-makers in sport to engage with business leaders across more than 25 industry sectors.

It features a three-day Conference, a "dynamic" exhibition, LawAccord, City Forum, the SportAccord Convention Village and Sports Demo Zone, as well the annual general meetings of many other governing bodies across world sport.

"Throughout the week the city of Sochi will truly become the capital of the international sports, where we will discuss the acute issues and matters related to the sport movement," said Mutko.

"It takes away borders.

"It gives people new hope and we believe that in this city of Sochi, the capital of the Olympic Games, you will have very fruitful and lasting cooperation together.

“Russia is truly a sport nation and sport is among the priorities of the national state policies.

“We're developing mass sport movements, the high performance sport and Russia in this sense is a very reliable international partner."

Earlier in the day, Bach met with Russian President Vladimir Putin to discuss the legacy of Sochi 2014, held just over a year ago.

Meeting at what was the International Broadcasting Centre during Sochi 2014, the pair assessed the success of the Winter Olympic Games with Bach describing it as “quite an emotional moment” for him to be returning to the Russian city.

Sochi has hosted a number of World Championships and other elite events since the Games, including the International Luge Federation World Cup and a Formula One Grand Prix.

“None of that would have been possible before the Games,” Bach told Putin.

As part of his visit, Bach watched the Federation Cup clash between Germany and Russia at the Adler Arena, which has been converted into a year-round tennis academy having been used as a speed skating venue during the Games.

He was also a spectator at the ongoing World Mixed Doubles Curling Championship, taking place at the Ice Cube Curling Center.

“I am encouraging all the Sports Federations here to benefit from these excellent opportunities and the great organisational skills of our Russian hosts,” said Bach.

“They showed us all during the Olympic Winter Games, and they continue to show us now, what great hosts and what great organisers they are."

Putin stressed that Russian authorities are continuing to work closely with the IOC, and spoke of the “excellent relations” between the two parties.

He informed Bach of the various initiatives in mass sport and sport for all that are being undertaken across the Russian Federation.