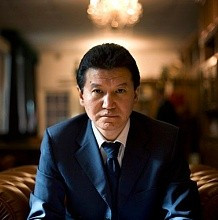 International Chess Federation (FIDE) President Kirsan Ilyumzhinov has been elected to the ruling council of SportAccord here, as has Stephen Fox, freshly elected President of the Alliance of Independent Members (AIMS).

The duo complete an eight-strong Panel, and were two of three new appointments this week, along with World Baseball Softball Confederation President Riccardo Fraccari, elected on Sunday (April 19) as the representative of the Association of IOC Recognised International Sports Federations.

Russia’s Ilyumzhinov was elected unopposed, after the International World Games Association withdrew their two candidates in response to the furore here this week following the fierce criticisms of the International Olympic Committee and its President Thomas Bach by SportAccord President Marius Vizer.

Ilyumzhinov, a politician who has led the FIDE since 1995, claimed afterwards that Russian Sports Minister Vitaly Mutko and Russian Olympic Committee President Alexander Zhukov has asked him to act as a link between Russia, the IOC and SportAccord on the council to help restore these divisions.

"Since I am the only representative of Russia in such important sports organisation I am expected to be actively promoting interests of my country," he told the ITAR TASS news agency.

"I was also asked to become some sort of a peacekeeper between the IOC and SportAccord, considering the deterioration of relations between the two organisations over the last week.

“We need to improve the relations."

Fox, meanwhile, also general secretary of the International Federation of Muaythai Amateur, becomes a council member courtesy of his AIMS Presidential victory over for chairman Espen Lund,,vice-president of the World Association of Kickboxing Organizations, by 14 votes to nine,

Panagiotis Theodoropoulus, President of the Ju-Jitso International Federation, has planned to stand for election but withdrew in order to support the Australian, a former world champion.

As well as working to improve the respective strength of the member federations, which are all yet to be recognised by the IOC, gaining entry to multi-sport events such as the World Games, Summer Universiade and Commonwealth Games was hailed as key.

The new trio on SportAccord’s ruling council are joined by vice-presidents Gian-Franco Kasper and Raffaele Chiulli, as well as members Marisol Casado, Patrick Baumann and Vizer.

The group, which now boasts a 50 per cent split between representatives from Olympic and non-Olympic sports, will have a major task in readjusting the body following heavy criticism this week, which saw the Association of Summer Olympic International Federations and International Paralympic Committee among those to drop their association.