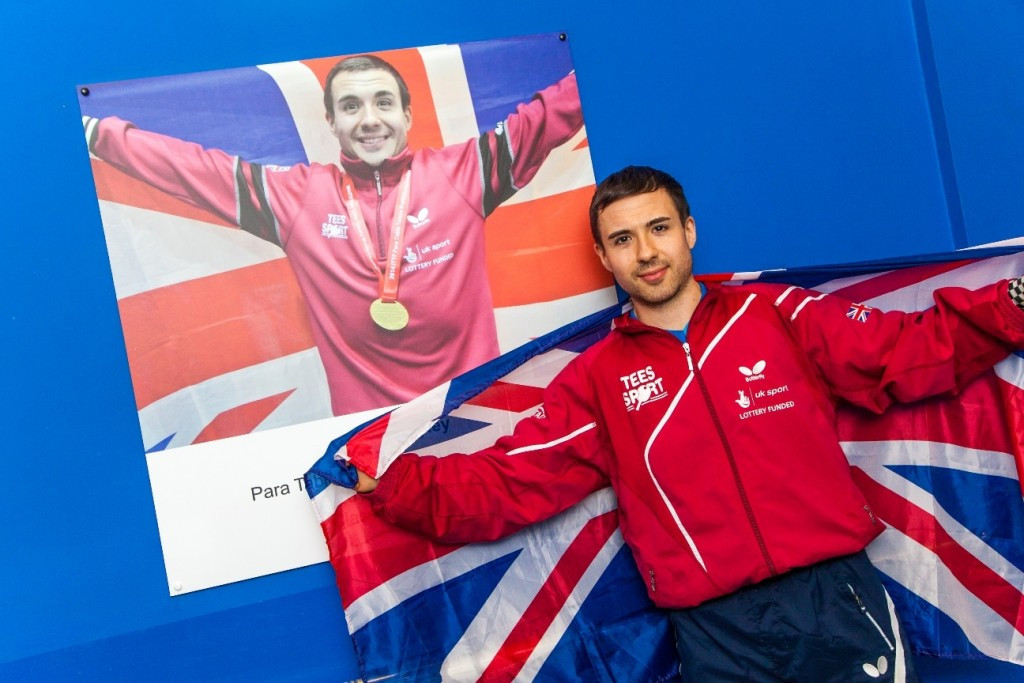 Paralympic table tennis silver medallist Will Bayley has become the first ever Paralympian to be inducted into the English Institute of Sport (EIS) Hall of Champions.

“I’m so proud to join such an elite list of athletes and being the first ever Paralympian to join EIS Sheffield’s Hall of Champions makes it extra special,” Bayley said.

“Becoming world champion and winning a medal at London 2012 are of course the highlights of my career so far but I still have a lot more I want to achieve.

“Seeing my name on the wall alongside such great sporting names will definitely give me a huge boost as I continue my preparations for Rio 2016.”

The 27-year-old took up table tennis after his grandmother bought him his first table while he was recovering from cancer after being diagnosed with Non-Hodgkin’s Lymphoma at the age of seven.

Bayley, who was also diagnosed at birth with arthrogryposis, a rare congenital disorder that affects all four of his limbs, went on to compete in his first Paralympic Games at Beijing 2008, before winning the gold medal at the 2011 European Championship and securing his Paralympic silver at London 2012.

“Will Bayley is a true role model and is fully deserving of his place on the Hall of Champions,” Lorenzo Clark, director of operations at the Sheffield City Trust charity, which operates EIS Sheffield, said.

“We’re extremely proud to be home to top athletes such as Will and provide world-class facilities to support and develop their careers.

“We wish him the best of luck in his preparations for Rio 2016 and hope he can return home with another medal.”

The Hall of Champions was opened by Olympic gold medal winner and British Olympic Association chairman Sebastian Coe in 2009 and features athletes who have trained at EIS Sheffield on their way to world or Olympic success.