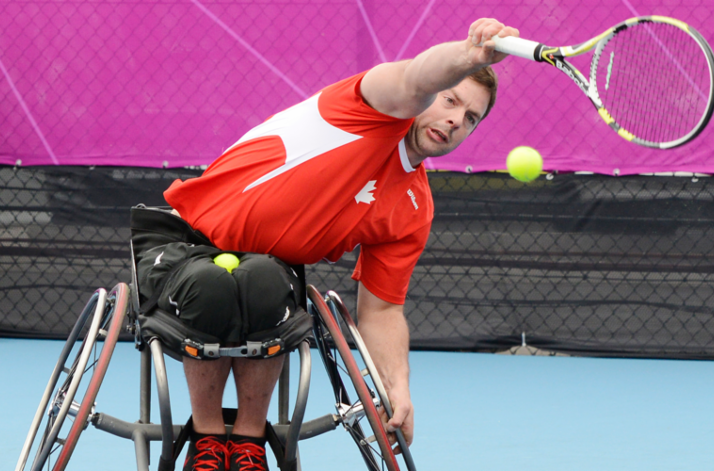 London 2012 Paralympians Joel Dembe and Philippe Bédard have been included in a four-strong Canadian wheelchair tennis team for the Parapan American Games here next month.

The Quebec-based duo, ranked 47th and 48th in the world rankings, have each enjoyed successful seasons so far, with Dembe winning a singles title in Sacramento and reigning Canadian singles champion Bedard a crown in Quito.

They also teamed to win the Uberlandia Wheelchair Tennis Open in Brazil.

Joining them in the team will be Vancouver-based Yuka Chokyu and Mika Ishikawa in the women's competition.

Three-time Paralympian Chokyu is a former world number six and is currently returning to the top echelons of the sport, while rising star Ishikawa is ranked 82nd in the world and will be competing in her first major Games event after making many strides on the international circuit.

"Tennis Canada is excited to field a team of athletes with a fantastic mix of experience and depth for our home soil Parapan Am Games," said Janet Petras, director of wheelchair tennis, Tennis Canada.

"They are sure to vie for the podium and showcase the athleticism and dedication of our top athletes."

Wheelchair tennis competition during the Games will take place at the University of Toronto Scarborough Tennis Centre from August 8 to 15.

Canada will be hoping to improve upon their performances at the 2011 Games in Guadalajara, where they failed to win a medal as all events were won by players from either Argentina or the US.

In total, around 220 athletes are expected to form part of the home team at the Games, with the full squad set to have been unveiled by the end of the month.

"It's a great honour to be selected for the Toronto 2015 Parapan Am Games,'' said Dembe, a two-time Canadian national singles champion.

"I am happy to be nominated alongside my doubles partner, Philippe Bédard.

It will be an amazing experience to compete in my home city of Toronto, and I hope to achieve some great results on the tennis court."

Canadian Chef de Mission Elizabeth Walker-Young added: "Our wheelchair tennis team will be ready for its challenges at the Parapan American Games.

"Their commitment to hard work and their passion will guarantee success.''

Tickets are available online at via the Toronto 2015 website here.