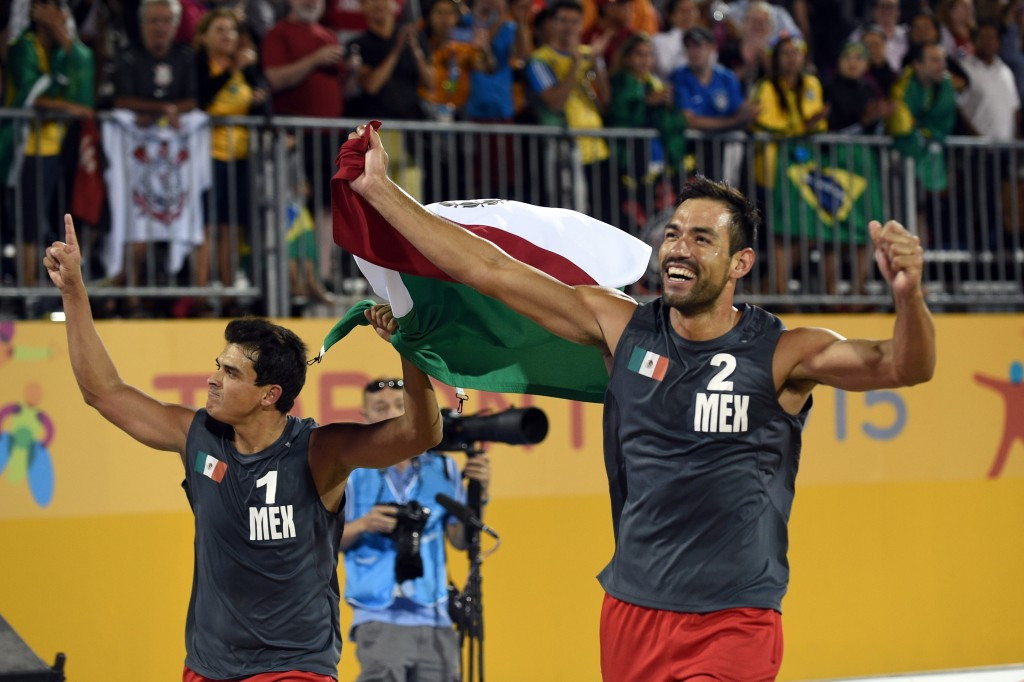 The two teams had met already in the tournament in a preliminary clash last week, ending in a straights sets win for Brazil .

The same outcome looked on the cards after Brazil won the opening set.

Aruajo and Magliano were bidding to ensure a third consecutive victory for their country at these Games but they were pushed all the way in the early stages and at one stage were 12-10 down, before picking up their level to take the set 21-18.

The Mexican pair rallied after the first set disappointment, as they had done in their previous meeting when they only lost the second set following a marathon tie-break which Brazil claimed 33-31, but this time they were able to claw their way back into the match.

On two consecutive occasions Virgen and Ontiveros were able to secure four points in a row, which helped the duo to pull away to comfortably win the set 21-13 to tie the match and force a decider.

With the pressure cranked up and mistakes likely to prove crucial, the Mexican momentum appeared to be slipping away as they held only a narrow 7-6 advantage at the midway point.

Once again, though, an inspired spell from Virgen and Ontiveros again saw them pull away to eventually secure a 18-21, 21-13, 15-8 victory.

Fightbacks appeared to be the order of the day in the men's medal matches as Cuba's Nivaldo Diaz and Sergio Gonzalez also came from a set down to beat Chilean cousins Esteban and Marco Grimalt.

Diaz and Gonzalez lost the opening set 21-18 but won the second in a nervy tie-break 25-23 to level the contest before going on to win the decider 15-12 to the delight of the Cubans in the crowd.

Cuba's fans were able to celebrate bronze in the men's competition, but were to be left disappointed in the women's gold medal match as Lianma Flores and Leila Martinez were beaten 2-1 by Argentina's Georgina Klug and Ana Gallay, a reversal of their preliminary round encounter.

Klug and Gallay, who had knocked out the fancied Brazilians in the semi-final, struck the early blow as they secured the opening set 21-17 only for Cuba to hit back to take the second 21-19.

The Argentines were in no mood for a repeat of their previous match in which they had led only to let the match slip from their grasp, as this time they put the loss of the second set behind them and clinched the decider 15-7 to win gold.

"We played them once, we knew it was going to be hard," said Gallay afterwards.

"Today we entered the game with all heart, we were able to develop our game.

"We were able to manage their serves which is one of their strengths.

"We are very happy to win."

The women's bronze was claimed by Brazil's Carolina Horta and Liliane Maestrini as they dampened the home crowd's spirits by taking the first set 21-9 against Canadians Taylor Pischke and Melissa Humana-Paredes, completing the straight sets victory by winning the second 21-14.