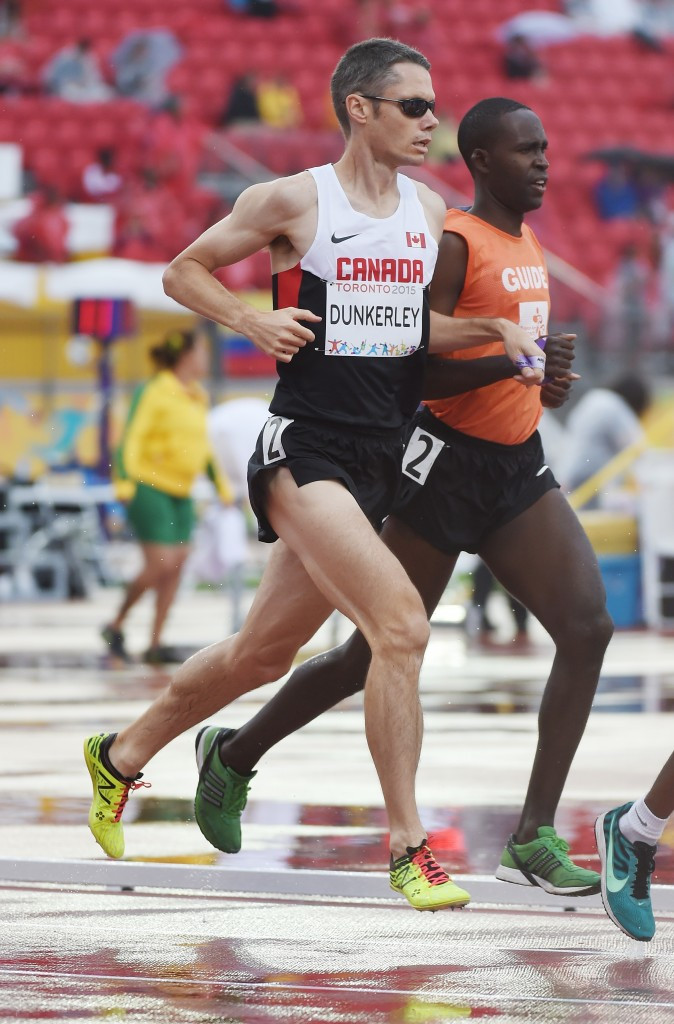 Cuba’s Omara Duran recorded the fastest 100 metres time ever by a female Para-athlete on the first day of athletics at the Parapan American Games in Toronto.

The 23-year-old produced a blistering time of 11.65sec, despite the rain falling heavily onto the track, her time 0.26 seconds faster than the previous T12 record set by China’s Guohua Zhou at London 2012.

The Cuban’s performance was one of several to take the eye at the CIBC Pan Am/Parapan Am Athletics Stadium, including Canada’s Jason Dunkerley, who claimed the host’s first gold medal on the track with a Parapan record of 15min 39.54sec in the men’s T11 5,000m.

A second Canadian gold was secured by Diane Roy in the women’s T54 800m as she crossed the line a second clear of the United States’ Hannah McFadden to take the title in 2:01.24.

Multi-world champion Brent Lakatos made it a hat-trick of golds as he posted a time of 15.11 to win the men's 100m T53 final.

The closest fought final of the day proved to be the men’s T54 100m as Colombia’s Sairo Moises Fernandez Lopez claimed gold after a photo finish with Mexico’s Juan Cervantes, both men finishing in 15.19.

Brazil were the dominant nation in the field events as Mateus Evangelista Cardoso and Pedro Neves Da Silva claimed golds in the men’s T37 and T38 long jump events, while Alessandro Da Silva won the men's F11 discus with a Games record throw of 36.12m.

His compatriot Marivana Oliveira Da Nobreaga was also able to set a Games record, winning  the women’s F35/36 shot put with an effort of 8.29 metres.

The Brazil team had mixed fortunes against the United States on in the first archery finals of the Games, as Luciano Rezende defended his men’s recurve title, beating America’s Eric Bennett 6-2.

An all-American men’s compound final was won by Andre Shelby as he overcame Matt Stutzman 144-140.

There was also American success at the Milton Velodrome with reigning world champion Joseph Berenyi claiming gold in the men’s C1-5 kilometre time trial in 1:07.19.

Five of Berenyi’s team mates occupied second to sixth positions in the equivalent women’s event, which took place over 500m, but they were unable to better the time set by Argentina’s Mariela Delgado, who secured the Parapan title in 38.89.

The final cycling gold of the day was secured by Canada's Daniel Chalifour and Alexandre Cloutier as they added the men’s visually impaired individual pursuit title to their gold in the time trial on the road, lapping their Colombian opponents to end the contest early.

Both Canada and the US remain unbeaten in the men’s wheelchair basketball to keep the possibility of a grudge match for the gold medal at the close of the tournament.

The hosts enjoyed a 74-55 victory over Mexico in their Group B tie and the US triumphed 54-50 over Brazil in Group A.