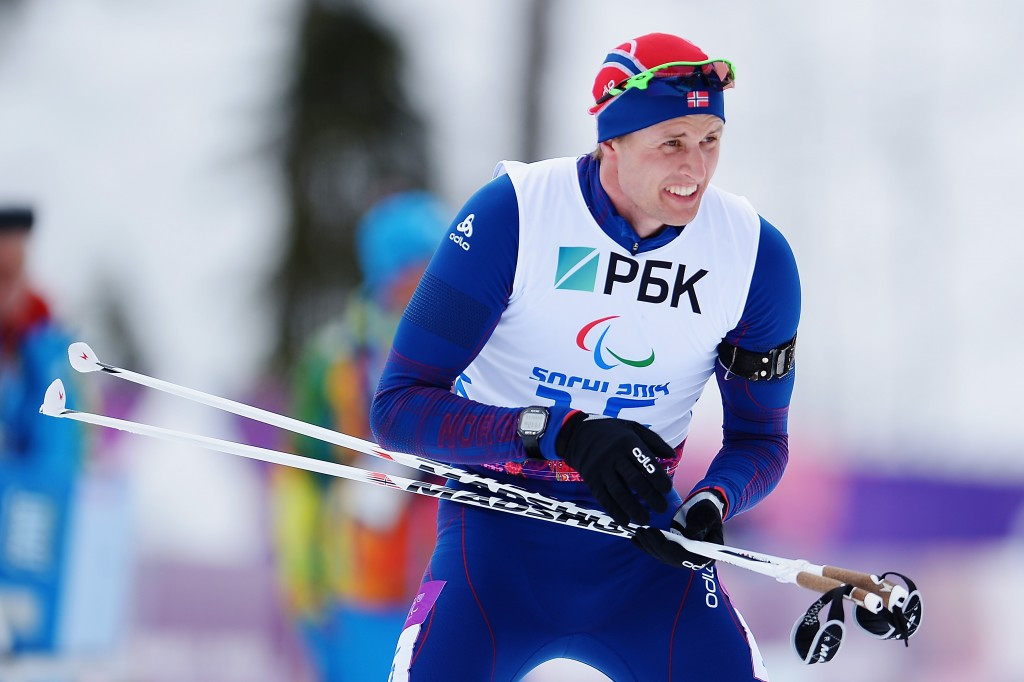 Russians at the Sochi 2014 Winter Paralympics undertook doping tests in different rooms to athletes from other countries, and were only held for three-to four minute intervals, a top Norwegian skier has claimed as suspicion grows over illegal drug-use during the Games.

Nils-Erik Ulset, one of Norway's most successful biathletes and cross-country skiers who was competing at his fourth Paralympics, secured three medals in Sochi.

He won silver medals in the 15 and 12.5 kilometre biathlon standing events and a bronze in the 4 x 2.5km mixed cross country relay.

Hosts Russia won the latter two events, while the first was won by Grygorii Vovchynskyi of Ukraine.

The 32-year-old claimed to the Norwegian Broadcasting Corporation (NRK) that, while waiting to submit urine samples, he "gradually became aware that foreign athletes were gathered in one room, and the Russians on [sic] the other".

Russian athletes were reportedly "only held for three to four minutes", he added, a shorter period of time than those from other countries.

Ulset, who has a hereditary muscular weakness in both legs, won two gold medals in cross-country skiing at Salt Lake City 2002 before claimingtwo biathlon bronzes in Turin four years later and four more medals, including 12.5km biathlon gold, at Vancouver 2010.

He admitted he should have raised these observations at the time, but was "probably too cowardly" and distracted by the priority of preparing for competition.

He is not accusing Russian athletes of doping, he added, but is making clear that what he saw was "suspicious".

A light has been shone on possible malpractice in Sochi following the release of the World Anti-Doping Agency's (WADA) Independent Commission report on November 9, which confirmed allegations of systemic doping within the Russian athletics team.

Although the report focused on athletics, it alleged that the FSB secret police were involved in the drug testing process at the Sochi laboratory in action during the Olympics and Paralympics, "significantly undermining" its independence and compromising its "impartiality, judgment and integrity".

Commission chair Richard Pound said he does not "think we can be confident there was no manipulation of results at Sochi 2014".

"We have no concrete proof, but it's hard to imagine what the Russian state interest would be in urine samples otherwise," he added.

On November 10, the IPC said they were taking the allegations "extremely seriously", and would study the findings in "great detail" to ascertain if results at Sochi 2014 were affected.

They vowed to "act accordingly" if any evidence of doping is found.

“During the Sochi 2014 Paralympic Winter Games all processes were conducted in accordance with the International Standard for Testing," an IPC spokesperson told insidethegames in a statement today.

“The IPC’s anti-doping procedures from Sochi 2014 were widely praised by WADA.

"Their Independent Observers report said: 'The anti-doping programme implemented by the IPC at the Sochi 2014 Paralympic Winter Games represented an entirely compelling demonstration by an organisation deeply committed to protecting clean athletes and providing a level playing field for all'.

“We strongly encourage any athlete who may have queries or concerns with anti-doping procedures to raise them with the IPC during or after the event they are attending.

"By doing so we can answer any issues they have on the spot.

"The IPC would be more than happy to speak to Nils-Erik to hear his concerns from Sochi and hopefully we could then put his mind to rest.”

An IPC anti-doping committee is expected to meet next month to discuss the WADA Report, it was added.

The International Olympic Committee (IOC), meanwhile, have also defended the conduct of testing in the Russian coastal resort.

They claimed there is "no reason" to question the credibility of the anti-doping testing regime carried out at Sochi 2014, citing the report of the WADA independent observer group published after the Games which makes no mention of any such irregularity.

Russian officials have also denied any wrongdoing during the Games.