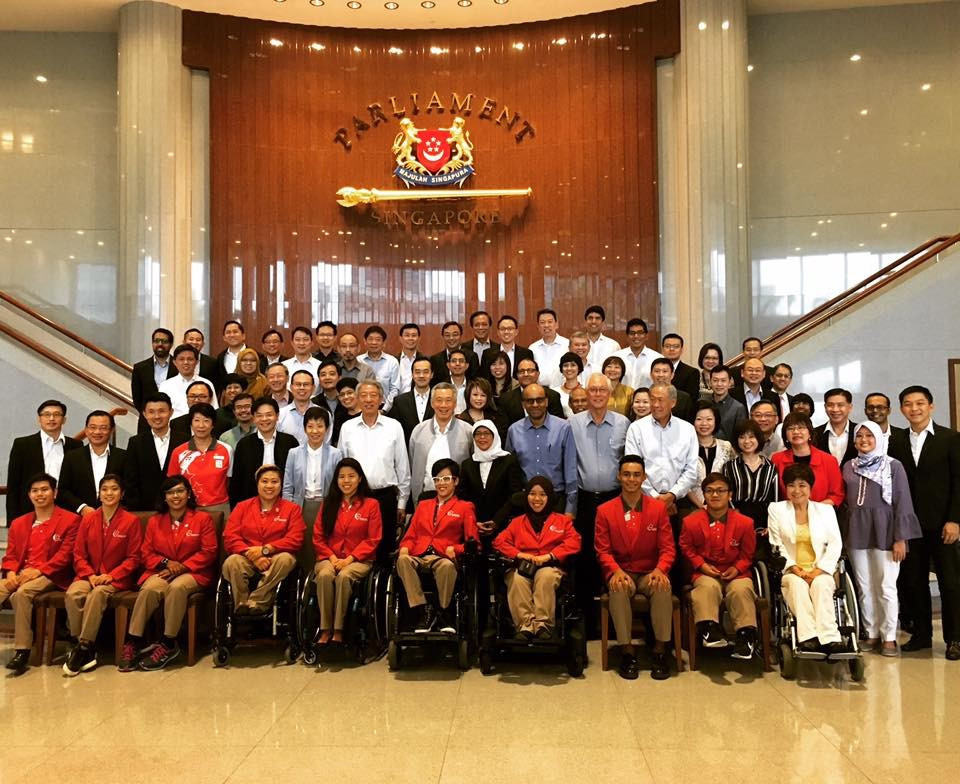 Singapore's Rio 2016 Paralympians have been recognised by the nation's Government after Parliament moved a motion to congratulate their achievements.

A total of nine of the 13-strong team that competed at Rio 2016 attended the Parliament sitting.

During the session the Minister for Culture, Community and Youth Grace Fu said their "incredible feats" have "uplifted the nation".

She added: "These 13 extraordinary athletes have shown us that with hard work and sacrifice, we can realise our dreams.

"Their achievements also exemplify how a nation as small as ours can punch above its weight."

The Minister also paid tribute to the athletes’ care-givers, coaches and families, as well as officials from the Singapore Disability Sports Council, Singapore National Paralympic Council and Singapore Sports Institute for their efforts.

"Our Paralympians have certainly become our nation’s sporting heroes, and I believe they will continue to inspire many more Singaporeans in time to come," Fu added.

The hour-long session concluded with a standing ovation for the Paralympians.

"We are very grateful for the opportunity to be here," Xiu said.

"It is our first time here, we have mixed emotions, excited, did not know what to expect, but it was really nice and heartwarming.

"There were so many faces that we knew but were not really sure if they knew us, but now we think they do.

"It was really nice having people recognise our achievements."

Goh, who claimed the first Paralympic medal of her career at Rio 2016, claimed she appreciated how much disability sports has grown in the public consciousness.

"Having been in sports for so many years, it is very nice to see the change from the very beginning till now," she said.

"I do not think I could have expected such a reception when I first started because not many people were aware of Paralympic sports.

"So today has been really nice to be recognised for what we have been doing. It is something I will treasure."

In her speech Chia Yong Yong, a Member of Parliament, reiterated the call for equal prize money for Paralympic medal winners.

"The disabled community is waiting for the day when everyone will be treated equal, regardless of condition, regardless of special disability needs," she said.