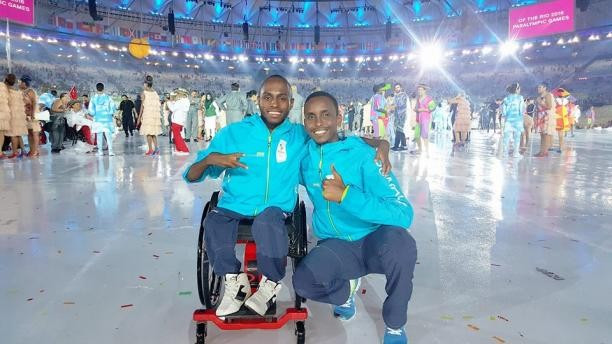 The wheelchair racer made history in the Brazilian city in September as he competed in the men's T52 100 metres.

He finished fifth in his heat in an African record time of 18.49sec which, unfortunately for the 19-year-old, was not quite enough to progress.

However, the experience could lead to Para-sport growing in Somalia, with Adawe keen for that to happen.

"I talked to my physical education teacher from school and he started training me, I have not stopped since," he said in an interview on the International Paralympic Committee (IPC) website.

"Now I see myself competing at future Paralympic Games and I will do my best to improve in the lead-up to Tokyo 2020.

"But I also want to promote Para-sports in Somalia, and hopefully open many doors."

Adawe is based in Italian city Turin where he arrived at an early age to seek medical attention he could not get in his homeland.

He became inspired after watching the London 2012 Olympic and Paralympic Games and, as his country's sole athlete in Rio, carried the Somalian flag at both the Opening and Closing Ceremonies.

"Competing at the Rio 2016 Paralympic Games alongside the world’s best athletes, all united by their passion for sports, was big for me," he said.

"I could run on new tracks and see how good other athletes were.

"The 100m is my strongest event and running at the Olympic Stadium was a magical experience for me.

"I performed well, learned a lot from it and know that I can also improve a lot from now on."