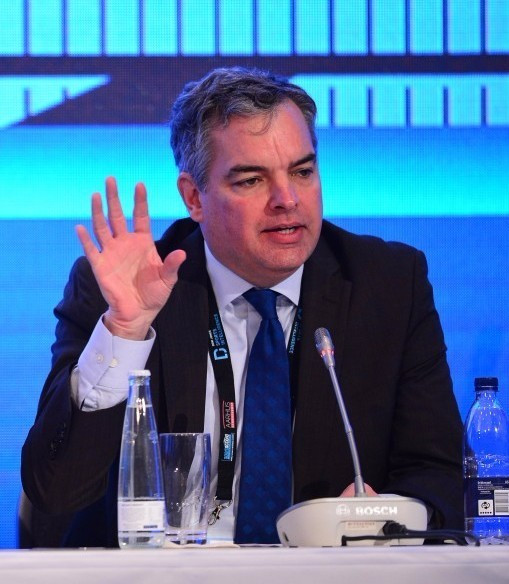 Mark Parkman, general manager of the Olympic Channel, claimed today that the World Games has been one of the platform's "more successful" events since its launch in 2016.

The web-based streaming service, launched by the International Olympic Committee last year, has joined forces with International Sports Broadcasting (ISB) to provide a "24/7" permanent channel for the Games here.

Coverage officially began with the screening of the Opening Ceremony on July 20 and is due to continue until the event comes to a close on Sunday (July 30).

Parkman hailed the success of Wroclaw 2017 so far for the Channel.

"The World Games has been a great success not only in Poland but globally and on the Olympic Channel," he said.

"It has been one of our more successful live events that we have had in our first year.

"The interest in some of these sports has a niche following with loyal fan bases and they are very active in tuning into our coverage on the digital platforms and I believe that of the other broadcasters as well.

"So it has been a great success for us and I know that they are very pleased with how the event has gone in Poland as well."

Under the terms of the partnership, ISB is working side by side with ATM to cover events live from venues.

Founded in 1996, ISB has served as host broadcaster for many of the world’s leading sporting events, including seven Olympic and six Paralympic Games, as well as the inaugural 2015 European Games in Baku.

The event is being distributed to television channels in more than 100 countries, as well as to the Olympic Channel.

Yiannis Exarchos, executive director of Olympic Channel Services, praised the interest of the sports' fans as one reason why the Games have been a hit.

"Beyond the success from a broadcasting point of view, I think it is interesting to see the level of engagement which is absolutely incredible of fans who follow sports who strive to be in the Olympic Games," added the Greek.

"This also validates the opening up of the Olympic programme to new ideas and new disciplines like those that will be showcased for the first time at Tokyo 2020.

"For us The World Games has been a great indicator in two ways.

"First from a broadcasting point of view and also in terms of potential future content for the Olympic Games themselves."

The full Wrocław 2017 television schedule can be found here.