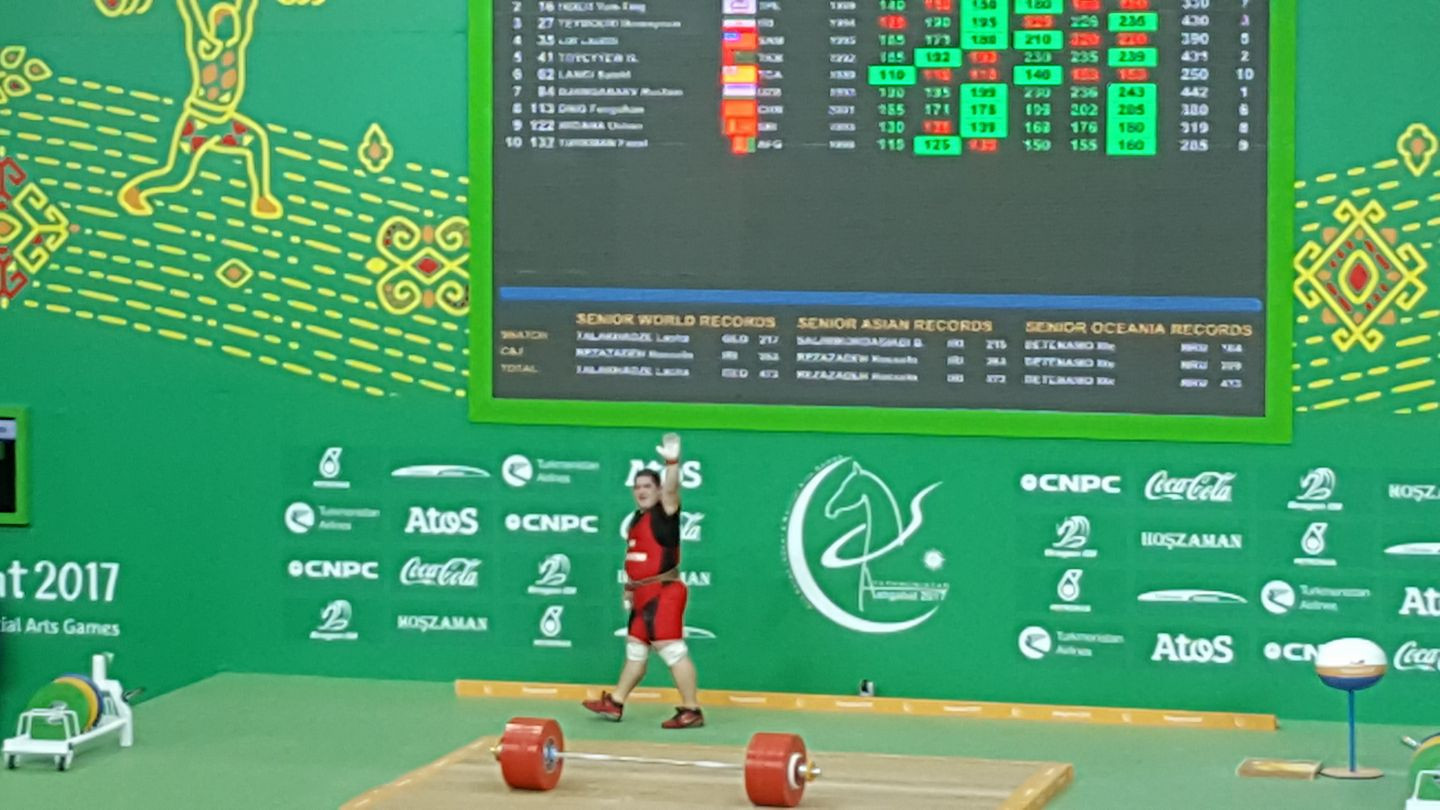 Uzbekistan’s Rustam Djangabaev claimed the men’s over 105 kilograms gold medal to round out the weightlifting competition here at the 2017 Asian Indoor and Martial Arts Games.

The 24-year-old triumphed with a total of 442 kilograms after winning the snatch with a lift of 199kg and the clean and jerk with 243kg.

Hojamuhammet Toýçyýew delighted the home crowd at the Weightlifting Arena by securing the silver medal with a total of 431kg.

The Turkmen finished third in the snatch with 192kg and second in the clean and jerk with 239kg.

Completing the podium was Iran’s Homayoun Teymouri, who registered a total of 430kg.

He came second in the snatch with 195kg and third in the clean and jerk with 235kg.

Earlier in the women’s over 90kg event, China’s Jia Weipeng cruised to victory after winning both the snatch with 120kg and clean and jerk with 150kg for a total of 270kg.

Kazakhstan’s Alexandra Aborneva was the silver medallist with 248kg, having finished third in the snatch with 105kg and second in the clean and jerk with 143kg.

Rounding out the podium was Samoa’s Iuniarra Sipaia, who recorded a total of 241kg, after coming second in the snatch with 106kg and third in the clean and jerk with 135kg.

When winning the Asian Senior Championships title in Ashgabat in April, Jia managed a total of 299kg.