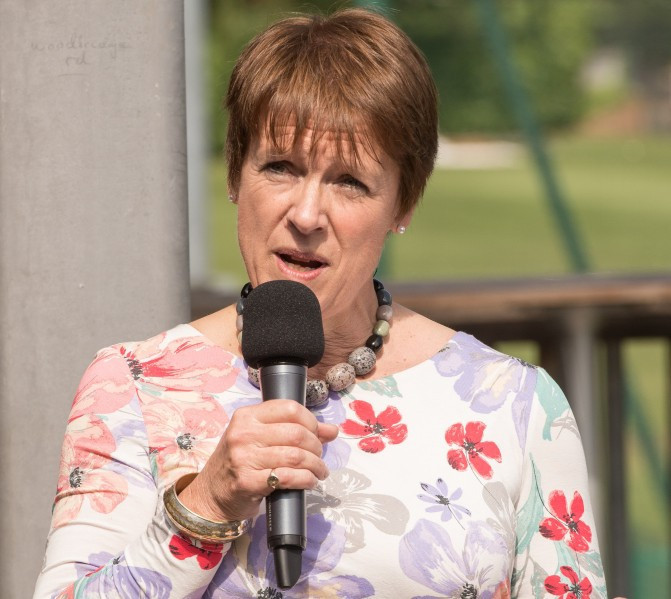 Commonwealth Games England have announced that Delia Bushell, Mark Hanson and Dame Caroline Spelman will become non-executive directors of the organisation in June.

The trio will join a board chaired by Ian Metcalfe which includes Commonwealth and Olympic champion Denise Lewis as its President.

They will replace Hamish McInnes, David Ross and Martin Thomas, who will remain on the board until the conclusion of the Gold Coast 2018 Commonwealth Games in April.

Bushell has been a media executive and boasts more than 20 years' experience in media, sport, telecoms and strategy consulting.

She has served as the managing director of BT Sport and BT TV for the past three-years, leading their sport channels and the acquisition of premium sports, entertainment and movie rights.

Hanson boasts a background in strategy consulting, diplomacy and the military with high level experience in non-executive roles in the sports world.

This includes being the former deputy chairman at UK Sport, a member of the London 2017 World Athletics Championships board and a position at the Modern Pentathlon Association of Great Britain.

Dame Caroline comes to Commonwealth Games England with a background as a politician and public servant.

She has been a Member of Parliament for Meriden since 1997, serving the West Midlands constituency for more than 20 years.

Dame Caroline, a former Secretary of State for the Department for the Environment, Food and Rural Affairs, stated she hoped to use her experience to assist Team England prepare for the Birmingham 2022 Commonwealth Games.

"I am delighted to be joining Commonwealth Games England at such an exciting time as we will be hosting the next Games in 2022," she said.

"As a West Midlands MP, I want bring all my experience and local knowledge to help Team England excel in front of the home crowd and to ensure all our visitors gain a great impression of our region.

"Living in the West Midlands myself, I know we are all so thrilled that the Games is coming to Birmingham and I am very excited to be a part of it."

Commonwealth Games England chairman Ian Metcalfe welcomed the non-executive directors, claiming they would add key experience to the board.

Metcalfe believes they will offer key knowledge as preparations continue for the Birmingham 2022 Commonwealth Games.

"I'm very pleased to announce the three new non-executive directors who will be joining the board at Commonwealth Games England," he said.

"Their calibre of experience in sports really adds to the existing talent on our board.

"They bring an incredible wealth and depth of knowledge in politics, media and public affairs that will make great additions to our team as we prepare to host the next Games in Birmingham in 2022."

A team of around 600 athletes and staff are set to represent England at the Gold Coast 2018 Commonwealth Games.