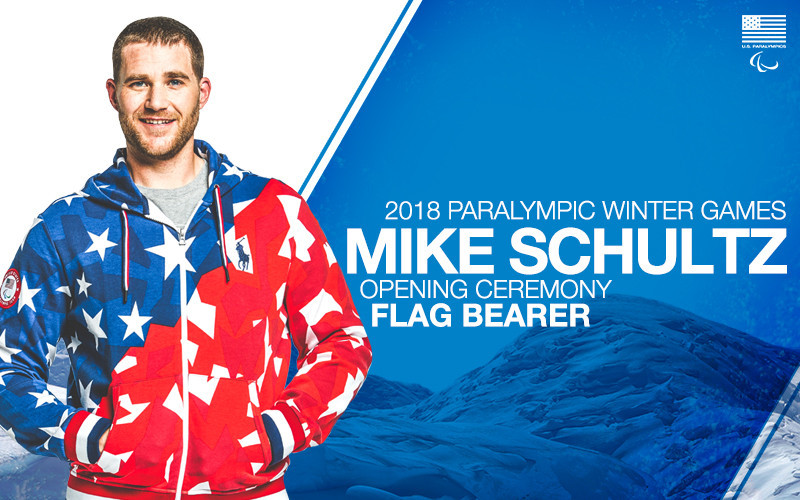 Snowboarder Mike Schultz has been selected as the flagbearer to represent the United States’ team at the Opening Ceremony of the Pyeongchang 2018 Winter Paralympic Games.

The 36-year-old was chosen by a vote of fellow American athletes.

He will lead a 74-member team at the Ceremony, which is scheduled to take place tomorrow at the Pyeongchang Olympic Stadium.

"When I watch the Opening Ceremony and see that person carrying the flag, to me it’s a really big deal," Schultz said.

"For me to be that guy for 2018 is an incredible honour and I’m so excited and humbled that my snowboarding team and our US delegation voted me to be that person.

"I’m really honoured to carry the flag and represent our Paralympic team."

Schultz, who will be making his Paralympic debut in Pyeongchang, has emerged as one of the top snowboarders in the world since joining the US team in 2015.

He won a silver medal in banked slalom at the 2017 World Para Snowboard Championships and comes off his best season yet, having captured the crystal globe for the snowboard-cross, banked slalom and the overall men’s LL-1 class.

An avid extreme sports athlete, Schultz was a professional snocross racer before a severe injury during competition in 2008 led to the amputation of his left leg above the knee.

He engineered his own prosthetic design, which is used by many of his team-mates, international competitors and other amputees across the country.

"To me, there are two symbols for Team USA: the national anthem and the American flag," Schultz said.

"To be on the world stage carrying our flag and representing the US Paralympic team is a huge honour.

"I’ll be trying my hardest to hold back the tears during the Opening Ceremony."

The Pyeongchang 2018 Winter Paralympics are due to last 10 days, concluding on March 18.