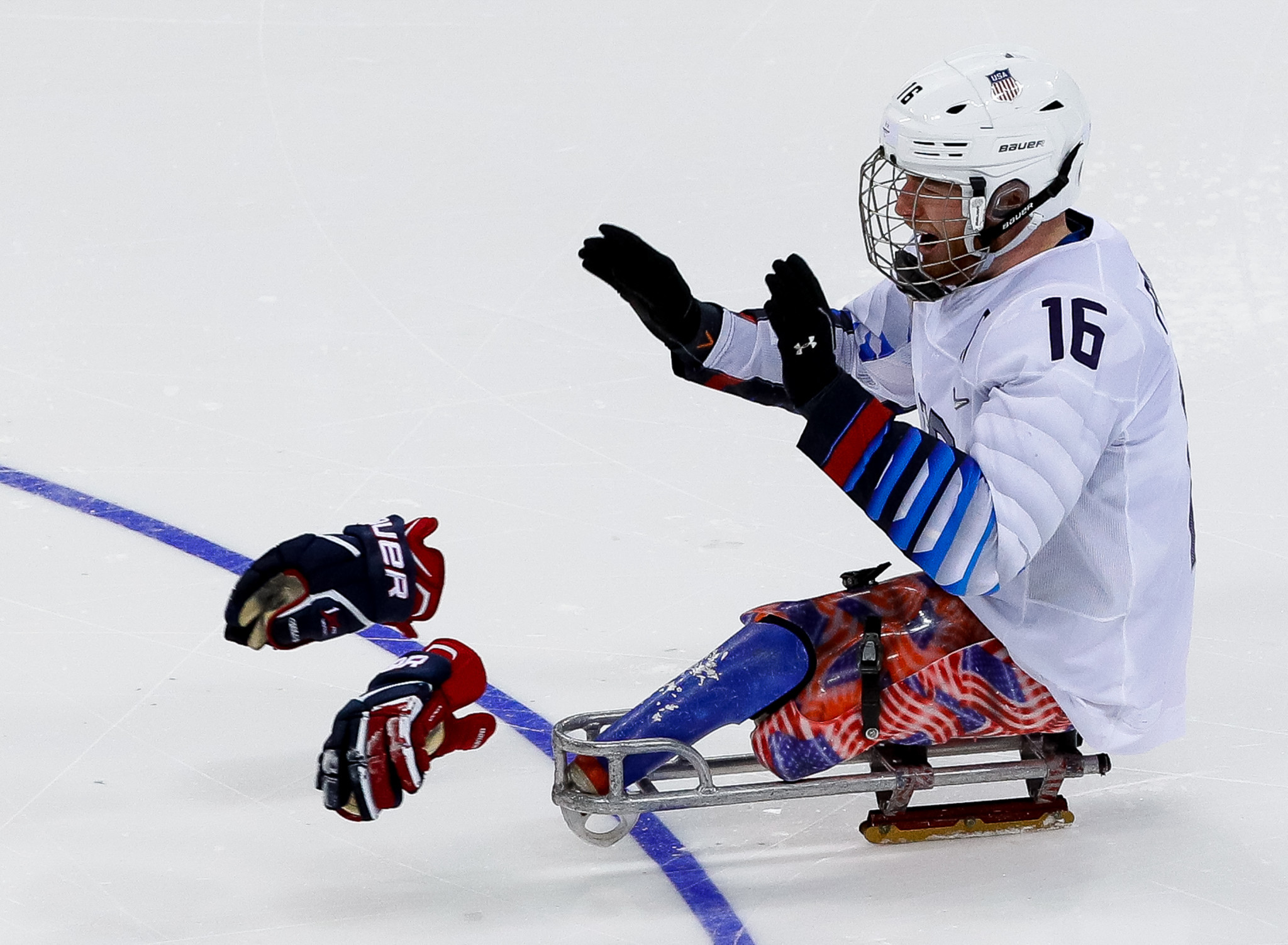 Five athletes are in the frame to win the International Paralympic Committee's (IPC) Best Male Athlete of March award.

The IPC's monthly prize, sponsored by Allianz, has been split into male, female and team categories for March due to the Pyeongchang 2018 Winter Paralympic Games taking place.

All three winners will be decided via a public vote with the male shortlist the first to be announced.

In the frame are American Para-ice hockey player Declan Farmer, who scored both of his country's goals as the United States beat Canada 2-1 in the Pyeongchang gold medal game.

He first equalised in the third period to force over-time before scoring the winner in the extra stanza.

Farmer finished as the tournament's leading scorer with 11 goals, matching the record for the most scored at a single Games.

He is joined on the shortlist by another triple champion in Canada's Brian McKeever, who became the most successful Paralympic cross-country skier in history after his hat-trick of successes.

He now boasts 13 Paralympic gold medals in all across five Games.

Japanese snowboarder Gurimu Narita is nominated after he was the only rider to go under 49 seconds in the banked slalom, en-route to SB-LL2 gold.

Narita became the first snowboarder from Asia to win a Paralympic medal and he also won snowboard cross bronze.

Rounding off the nominations is China's wheelchair curling skip Haitao Wang who led his team to gold after a 6-5 final win over Norway.

This was China's first Winter Paralympic medal of any colour and came before their hosting of the next Games in Beijing in 2022.

A one-week voting period will be dedicated to each of the three categories on the IPC's website here.

The closing date to vote for the men's winner is 12pm CEST on April 9.