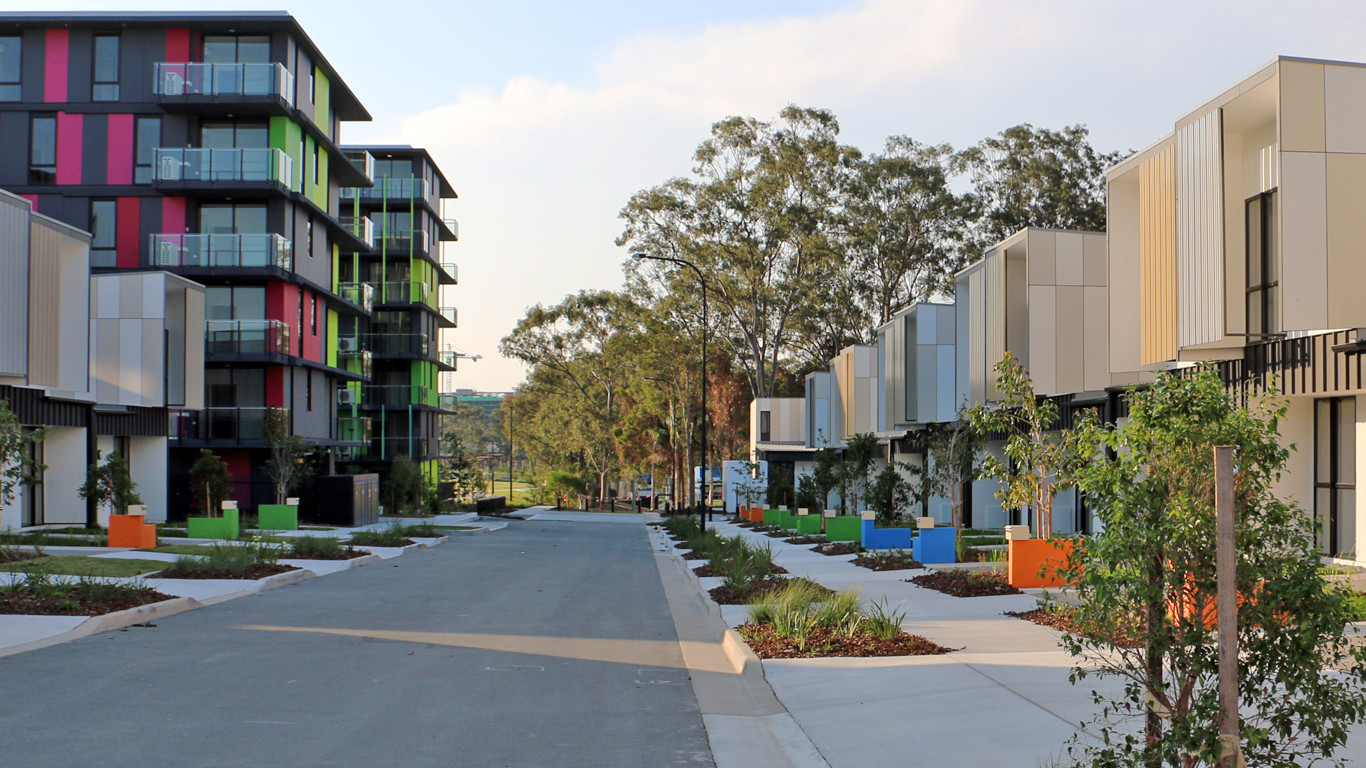 A new residential and retail centre is to be built on the site of the former Athletes' Village built for this year's Commonwealth Games in the Gold Coast, it has been officially confirmed.

The former site will become a thriving community "unlike anything the Gold Coast has seen", developers claim.

The new residential and retail centre will include 18 apartment buildings, 82 double-storey townhouses and will be called "Smith Collective".

At the heart of the precinct will be a 6,280 square metre retail and dining hub, with major supermarket chain Woolworths and retail giant BWS already securing tenancies.

The land is still formally owned by the Queensland Government and held under a lease agreement to a company jointly controlled by developer Grocon and global investment bank UBS.

"Research shows that while an increasing number of people want to live where they work, shop and play, they also yearn for the security of long-term leases and ability to add personal touches to their homes," Woodrow said.

Woodrow added: "By maintaining ownership of Smith Collective’s residential offering, we are able to grant those wishes and help our residents and retailers build a sense of community often lost within large-scale urban developments."

Woodrow claimed that Smith Collective’s new name was relatable and reflective of the future community.

"As the most common surname in Australia and one of the 10 most common in the world, 'Smith' highlights that the community really is for everyone," Woodrow said.

The name was also chosen as a geographical link to the Smith Street Motorway, which the complex is situated on.

Global real estate services company JLL has been appointed to manage the site with dwellings set to be released in stages as the community grows.

A community of 2,500 academics, students, scientists, doctors and nurses is expected once complete.

Internal works, on the "bright and airy" self-contained apartments and townhouses, are set to be completed in December.