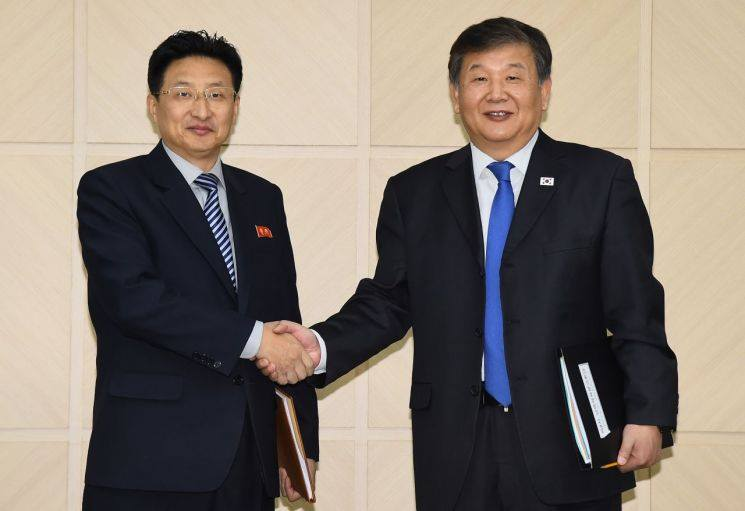 North and South Korea will meet with the International Olympic Committee (IOC) in February to discuss their proposed joint bid for the 2032 Olympic and Paralympic Games.

The countries confirmed their intention to sign a letter of intent to jointly bid for the Summer Olympics and Paralympics.

The decision was reached at the latest talks between the two nations at a joint liaison office at the North Korean border city of Kaesong.

An agreement was reached to jointly letter to the IOC in the Olympic capital Lausanne on February 15 next year.

A statement issued following the meeting claimed a delegation from North and South Korea would meet with sporting officials on their visit to Lausanne in cooperation with the IOC.

Exact details have not been revealed but it is thought Seoul and Pyongyang will feature heavily in the plans.

South Korean President Moon Jae-in and North Korean leader Kim Jong-un agreed to launch a joint bid for the 2032 Olympics and Paralympics following a summit in Pyongyang in September.

The decision marked the latest show of sporting diplomacy between the two countries.

North Korea competed at the 2018 Winter Olympic Games in Peyongchang in the South in February after a surprise announcement on New Year's Day from Kim, who confirmed the secretive state would participate.

Both Koreas marched together under a unified flag at the Opening Ceremony and also fielded a joint women's ice hockey team.

The efforts have been billed as an important step in easing the tension between the two nations.

The IOC have expressed support for further initiatives, including joint teams for Tokyo 2020.

A statement from the latest meeting confirmed the intention to form a single team in events proposed by International Federations for the Games.

Discussions over practicalities, such as joint training of teams prior to the Games, are set to continue in the coming months.

Unified Korean teams competed at the Asian Games in Jakarta and Palembang in August and September, in dragon boat racing, lightweight rowing and women's basketball.

The unified Korean dragon boat team made history as they claimed gold in the women's 500 metres race.

A joint team are also expected to feature at the men’s World Handball Championships next month.

South Korean reports have suggested an agreement has also been reached for unified teams to compete at Paralympic events in Tokyo, as well as marching jointly at the Opening Ceremonies of both the Olympic and Paralympic Games.