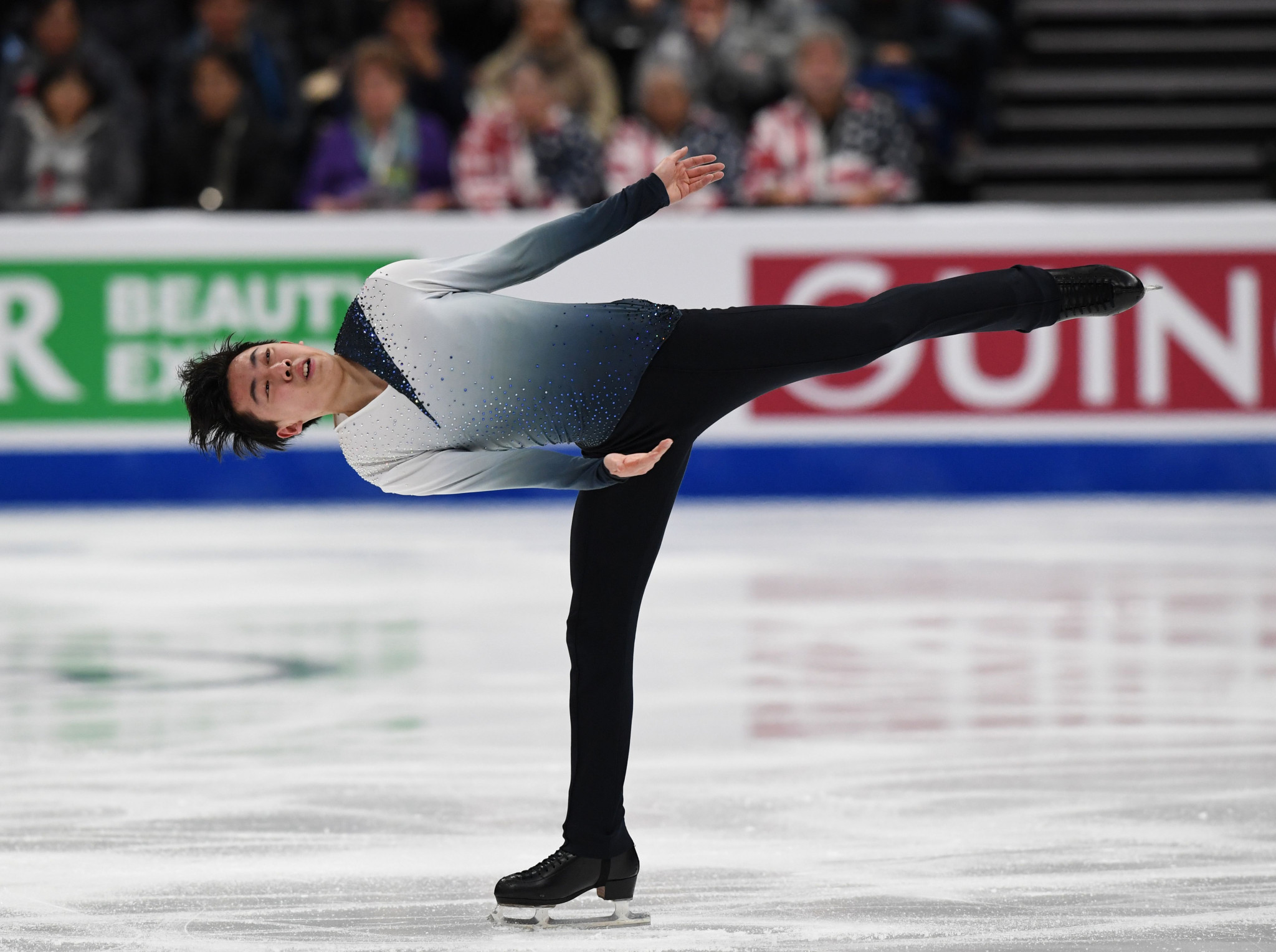 The home skater, winner of the 2017 world junior title, achieved a personal best score at the Honda Centre.

He was awarded 100.18 points following a routine which included a triple axel, level-four spins and footwork.

It marked the first time Zhou had scored over 100 points in the short programme at an international competition.

The top three is rounded off by China’s defending champion Boyang Jin after he was awarded a season best score of 92.17.

Uno has a tally of 91.76 points to leave him with work do to in the free skate.

Tennell achieved a season best score of 73.91 points to lead at the halfway mark of the event in front of a home crowd.

The American was followed by Sakamoto, with the Japanese skater narrowly behind on 73.36 points.

The top three was completed by Mariah Bell as the American scored 70.02.

The women’s competition is due to conclude tomorrow with the free skate, while both the pairs and ice dance events will begin.

Men’s and pairs competitions are scheduled to end on Saturday (February 9), followed by the ice dance on Sunday (February 10).

The International Skating Union event features athletes from the Americas, Asia, Africa and Oceania but not Europe.

A total of 88 skaters from 14 countries are competing.