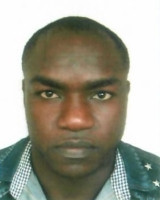 Cameroon's Arsene Fosso, one of the athletes who failed to leave Australia after last year's Commonwealth Games in the Gold Coast, is set to make his professional boxing debut in Canberra in April.

The 35-year-old, the vice-captain of Cameroon's team at Gold Coast 2018, is seeking asylum in Australia because he claimed he would face persecution if he returned home because he refused to denounce gay members of the squad.

"I had a heavy duty as vice-captain of the whole Commonwealth Games team," Fosso told the Canberra Times.

"One of my duties as captain was to denounce homosexuals in the team, and it is something I could not do.

"Secondly, [I stayed behind] because of my entitlement in the national team.

"Some of the entitlements that were supposed to be given were not given, and I said that to the media which the Government was not happy about.

"It was a hard decision to take.

"I knew I had to denounce homosexuals in the team, and most of these people were my friends and my team-mates.

"I couldn’t just go and denounce them, for I knew what was going to happen to them."

Fosso entered Gold Coast 2018 as one of Cameroon's best hopes for a medal having won a bronze in the super heavyweight category at the previous year's International Boxing Association World Championships in Hamburg.

But he was knocked out in the quarter-finals of the Commonwealth Games, losing to the Seychelles' Keddy Agnes.

Fosso has now turned professional and is due to make his first appearance at the Capital Fight Show 16 at the Hellenic Club of Canberra on April 5.

It is estimated that more than 50 foreign athletes stayed in Australia once their visas ran out on May 15.

Fosso was one of eight Cameroon athletes who failed to return home following the end of the Commonwealth Games.

He is one of a number of athletes whose case is being handled in Canberra by Liz Huang Hughes-Brown of Welcome Legal.

The athletes had made claims for protection "which fall within the eligibility criteria for Australia to grant them protection", however four out of five applications have been denied.

Fosso is among a group now appealing the decision.

If that fails, the group will explore the possibility of applying for distinguished talent visas on account of their desire to represent Australia in sport.

"I am just pleading with the [Australian] Government to go through my file again, because the first time I was rejected," Fosso told the Canberra Times.

"What they want me to do at home is something that is not normal for me, and that is to play the role of a spy that is not something I would love to do.

"I am really proud of my welcome from these people [in Canberra].

"Everything has been going smoothly and they are very happy to have us around."