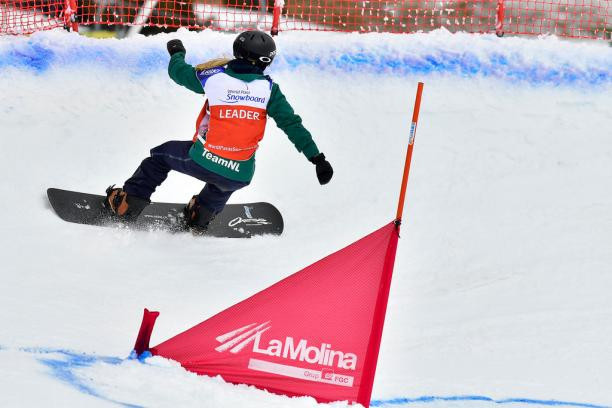 Paralympic silver medallist Lisa Bunschoten of The Netherlands rounded off her campaign at the latest World Para Snowboard World Cup in the Spanish resort of La Molina today by earning a fourth gold.

Bunschoten, who took over the sport's Instagram account today as part of the International Women's Day celebrations, won the women's banked slalom lower limb two category in a time of 55.50sec, in front of home favourite Astrid Fina Paredes, who took silver in 59.10.

In the women’s banked slalom lower limb one category, Brenna Huckaby of the United States reversed the order of the day before as she beat France’s Cecile Hernandez, who had dislocated her hip and knee 11 days before the World Cup.

Chris Voss of The Netherlands, who had already secured two golds, had to settle for silver today in the men's banked slalom lower limb one category, clocking 52.04 as he finished behind Croatia's Bruno Bosnjak, who took gold in 51.95.

This fifth World Cup was the last scheduled before the World Championships at Pyha in Finland from March 25 to April 1.