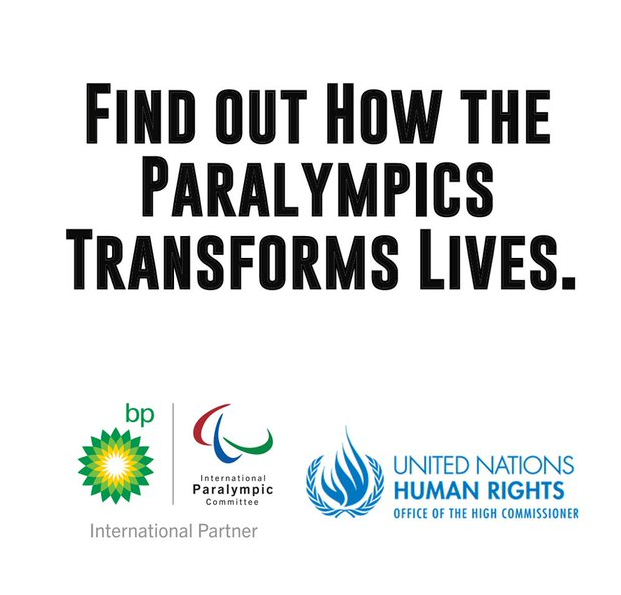 The International Paralympic Committee (IPC) has welcomed the “fantastic recognition” of their "Transforming Lives Makes Sense for Everyone" campaign being shortlisted for the United Nations’ Sustainable Development Goals (SDG) Action Award.

The digital campaign was aimed at showcasing the employment legacy of the London 2012 Paralympic Games.

It was produced by the IPC in partnership with the United Nations Human Rights Office and was funded by the IPC partners BP and Bridgestone.

The campaign was launched in December to coincide with the UN international day of persons with disabilities.

Three short films were created to demonstrate how the London 2012 Paralympic Games contributed to one million more people with disabilities securing employment in Britain.

The films tell the stories of several people who either played key roles in driving inclusive employment or have secured employment following London 2012.

The IPC stated the three films had reached 67 million people on social media by the end of January and had been viewed more than 28.5 million times.

In the first three films, British Paralympians were among those who shared their employment experiences and challenges.

This included Paralympic equestrian champion Sophie Christiansen, who revealed her frustration at failing to secure employment before London 2012, despite holding a first-class master’s degree in mathematics.

She secured a role as a Goldman Sachs analyst following the Games, which was claimed to show the change in attitudes after the Games.

Three finalists were shortlisted in each of the seven award categories, which are titled mobilisers, storytellers, campaigners, connectors, visualisers, includers and creatives.

The IPC were shortlisted in the includer category.

As a finalist in one of the seven award categories, the IPC has also been put forward for the People’s Award alongside 20 other nominees.

Let’s break down barriers for persons with disabilities. Be inspired while we present you with the first episode of the IPC & the UN Human Rights Office’s Transforming Lives campaign, which has been supported by the IPC’s international partner @BP_plc. #ADay4All #IDPD2018 pic.twitter.com/7ywUF766Tf

“To be shortlisted for such a prestigious international award is fantastic recognition for the Transforming Lives campaign and underlines how the Paralympic Games and the work of the IPC advances the UN’s SDGs,” said Craig Spence, IPC chief marketing and communications officer.

“The London 2012 Paralympic Games were a tremendous success, leaving many tangible legacies.

“The Games transformed attitudes towards disability which, in turn, led to greater employment opportunities for people with disabilities in Great Britain.

“Although great progress has been made since 2012, we were eager that this campaign highlighted that much more can still be achieved.

“Producing this campaign which we aim to continue through to 2020 showcasing the legacies of other editions of the Paralympics was a real team effort.

“I would like to thank all those who starred in the films, and also the UN Human Rights Office, BP and Bridgestone for helping make the campaign possible.”

More than 2,000 applications from 142 countries were made for the awards.

Finalists are being reviewed by a judging panel of more than 20 experts who will select the top initiative in each category.

It is claimed the 21 finalists’ initiatives show how innovation, creativity and commitment can lead to impactful SDG actions around the world.

The awards ceremony is set to take place on May 2 in Bonn.