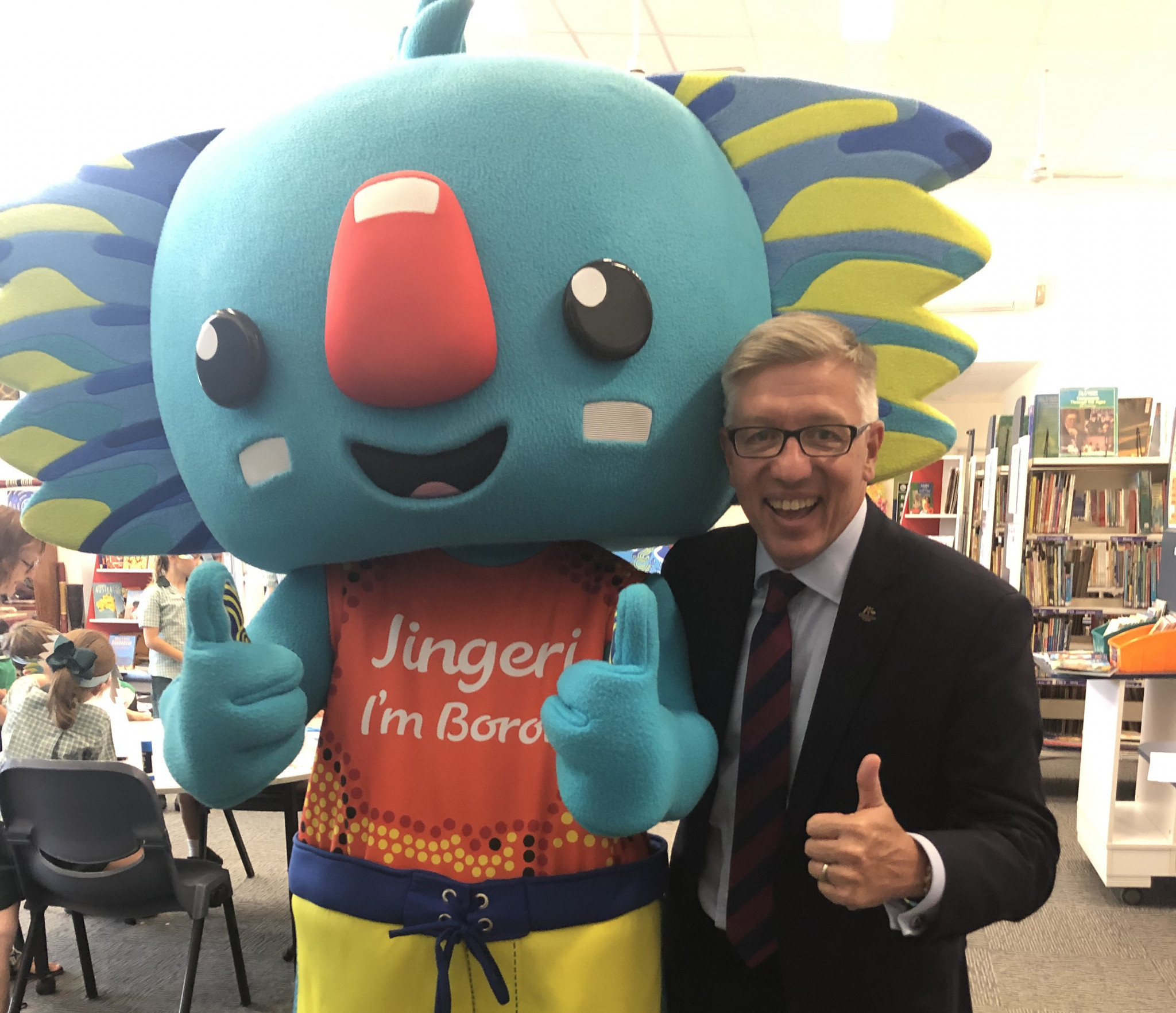 Gold Coast 2018 mascot Borobi, a blue male surfing koala bear, has been bought out of retirement as an animated Indigenous language champion.

"At the height of his career, images of Borobi were beamed into the homes of 1.5 billion sport fans around the world," she said.

"This year, Borobi will retrain as a teacher and will share his extensive knowledge of Indigenous languages and culture with local primary school children."

"Working with the Yugambeh community on the Gold Coast to promote the local Indigenous culture was a key priority of the Commonwealth Games. Giving Borobi a full-time job helps to ensure that legacy lives on in the future," she said.

"This is a great legacy of the Commonwealth Games - to see Borobi promote Indigenous culture and language in the International Year of Indigenous Languages."

With the agreement from the Commonwealth Games Federation, the Borobi character will be animated and incorporated in the Yugambeh Online Language programme, which has been trialled in more than 18 schools and 36 early education centres in Southeast Queensland since October 2018.

Yugambeh Museum chief executive Rory O'Connor revealed the animated Borobi will feature on the online classroom teaching portal and may have broader applications in the future to help promote tourism and koala conservation.

"Borobi’s unrivalled recognition and appeal to younger Queenslanders has been proven," O'Connor said.

"Now the Yugambeh Museum, with the support of the Queensland Government, will ensure his happy blue face is synonymous with language, storytelling and cultural revival.

"There used to be 250 Indigenous languages spoken in Australia, now 90 per cent are considered endangered.

"Borobi will be a great asset in keeping Indigenous Australian language alive.

"The potential for Borobi as a language ambassador is yet to be imagined.

"He may help to introduce and promote Indigenous language words in everyday situations, sharing stories and language to help make us all more aware of local language and stories."

"We were delighted when Commonwealth Games Federation President Louise Martin announced during the Closing Ceremony that Borobi would have a new job promoting Indigenous languages," he said.

"It is great to see the Queensland Government getting behind the Yugambeh Museum in its important work, particularly during the International Year of Indigenous Languages."