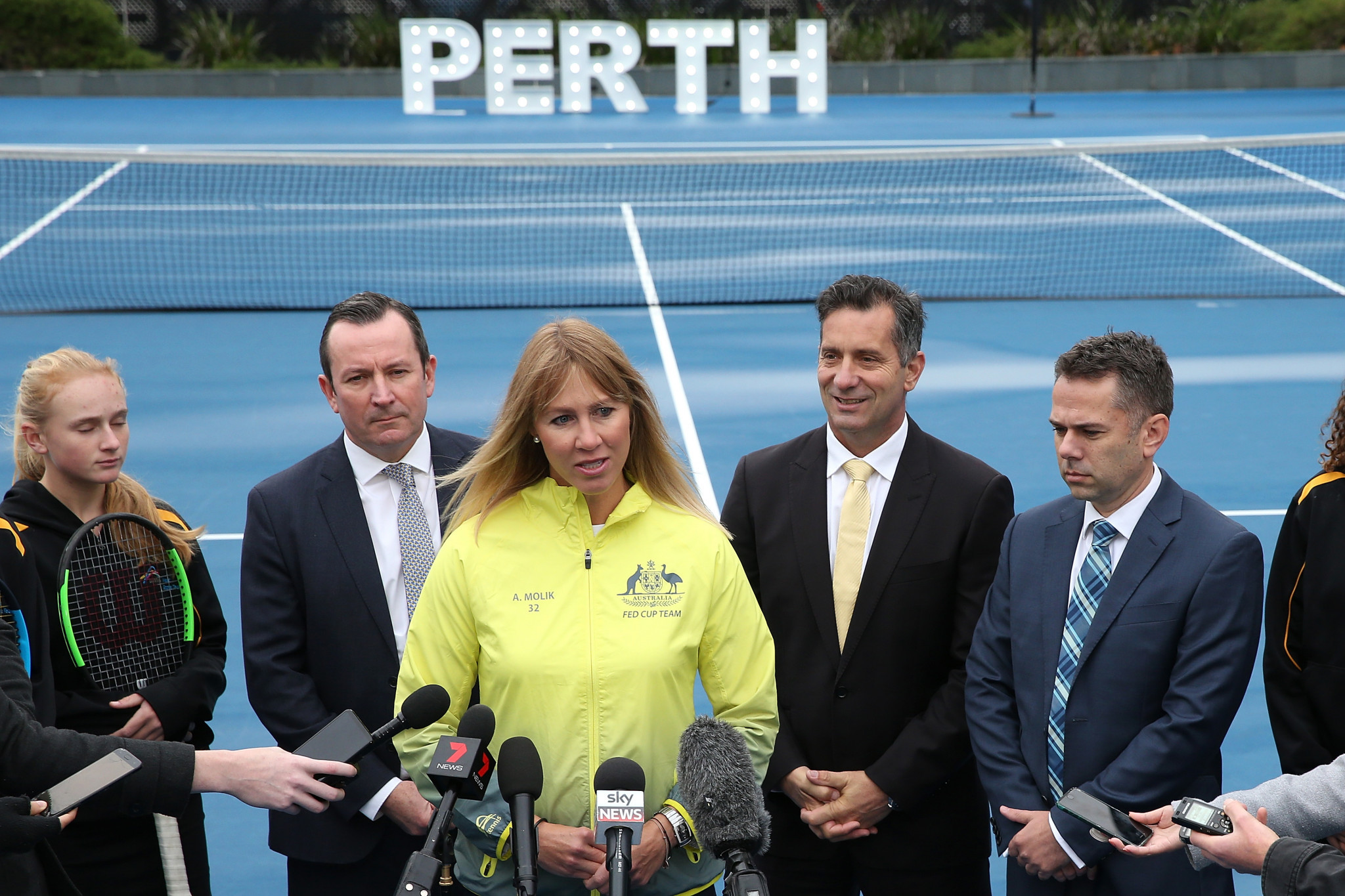 The 2019 Fed Cup final will be played at Perth's RAC Arena, Tennis Australia has confirmed.

Australia will go into the showpiece clash of the women's team event against France full of confidence after Ashleigh Barty claimed her maiden Grand Slam title at Roland Garros earlier this month.

Barty defeated Czech teenager Marketa Vondroušová 6-3, 6-1 in winning the French Open final and is expected to lead the Australian challenge on November 9 and 10.

The world number two star has a great Fed Cup record and secured a 15th consecutive rubber victory as Australia defeated Belarus in the semi-finals in April.

Australia have won five of their last six Fed Cup matches against France but with almost 20 years passing since, anything is possible in Perth.

The French team is prospering under former Davis Cup player Julien Benneteau and reached the final with wins against Belgium and Romania.

Barty will have 2011 US Open champion Sam Stosur at her side as Australia contest a first Fed Cup final since they lost to Spain in 1993.

France last appeared in the final in 2016, when they lost to Czech Republic.

Australia have won the Fed Cup seven times in all with France lifting the trophy twice.