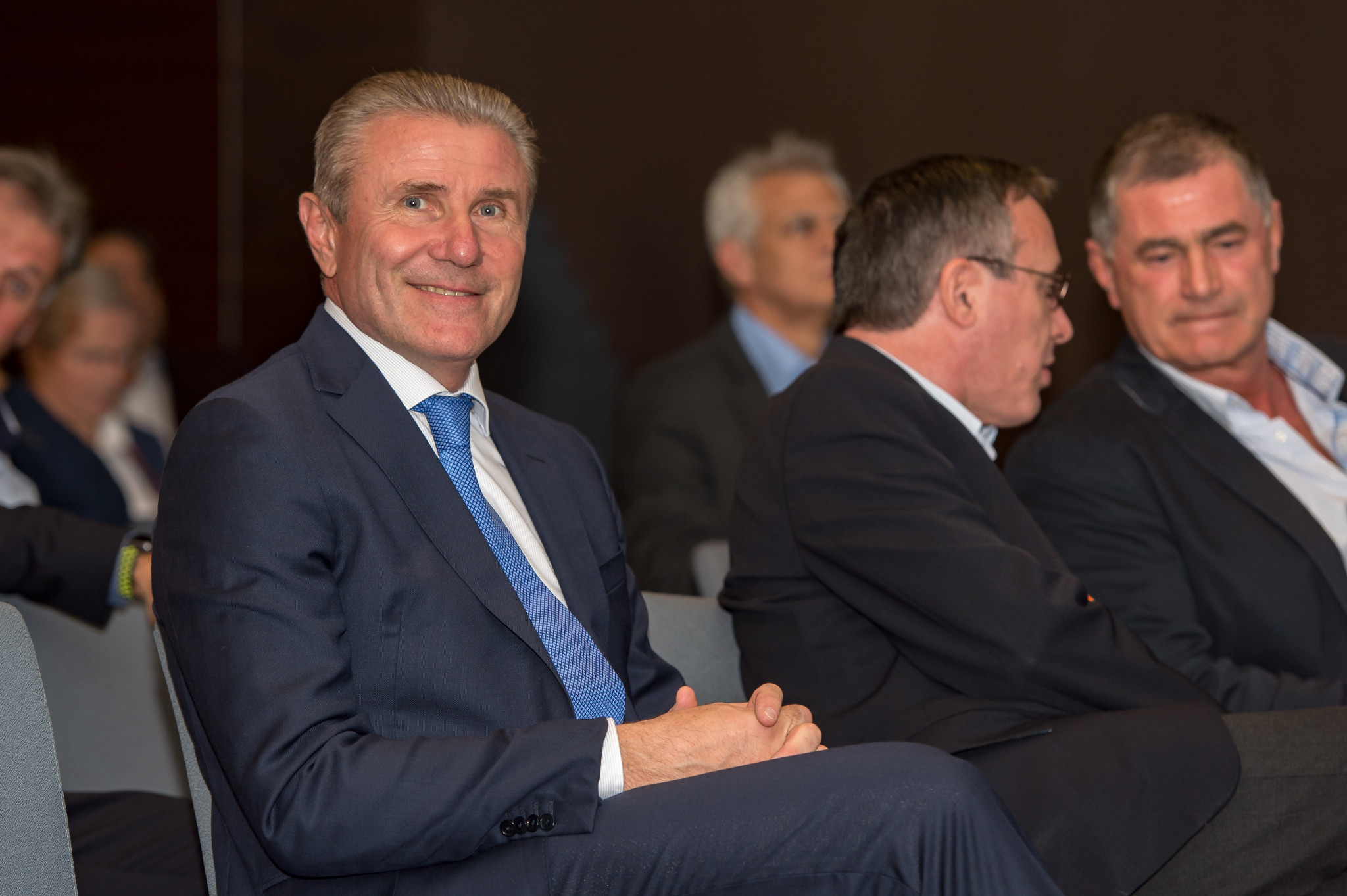 International Olympic Committee (IOC) Executive Committee member Sergey Bubka rejected claims made by the former Rio State Governor that he was involved in corruption and warned he would use "all the legal means" in his power to clear his name.

Fellow Olympic gold medallist, Alexander Popov, also denied allegations by Sergio Cabral in a Brazilian court that he had been paid to vote for Rio de Janeiro to host the 2016 Olympic and Paralympic Games.

Cabral had told a judge he paid $1.5 million (£1.2 million/€1.3 million) in bribes through intermediaries to former International Association of Athletics Federations (IAAF) President Lamine Diack, to secure up to six votes to help Rio 2016 bring the Olympics to South America for the first time in history.

Cabral, currently serving a 14-year prison sentence for corruption, added that another $500,000 (£400,000/€450,000) had later been paid to Diack's son Papa Massata Diack to secure three more votes for Rio 2016 when the IOC Session in Copenhagen chose them to host the Games in October 2009 ahead of Chicago and Madrid.

"I completely reject all the false claims made by the former Rio State governor who is currently serving a long prison sentence for corruption," Bubka, also President of the National Olympic Committee of Ukraine and senior vice-president of the IAAF, wrote on his Twitter account today.

"Mr. Diack has never contacted me about my vote at the election of the host city for the Olympic Games 2016.

"My lawyers will write to Mr. Diack to ask him to explain the allegations of Mr. Cabral who wrongly claims in his testimony that Mr. Diack could secure my vote."

The 55-year-old Bubka, the 1988 Olympic pole vault gold medallist and a multiple world record holder, added: "I will instruct my lawyers to use all the legal means at their disposal and to reserve all my rights."

Popov, now an IOC honorary member after having full membership from 2000 until 2016, claimed he had not even voted for Rio 2016 to host the Olympic and Paralympic Games.

"I did not participate in any negotiations and I am not familiar with the topics and with the people who are mentioned... and have never had contact with them," the former swimmer, winner of nine Olympic medals, including four gold, said in a statement.

Cabral told the court in Rio de Janeiro that former Brazilian President Luiz Inacio Lula da Silva and former Rio Mayor Eduardo Paes had not directly participated in the scheme to bribe IOC members to vote for the city but had been aware of what was happening.

In court, Cabral recounted an August 2009 meeting where Rio 2016 and Brazilian Olympic Committee President Carlos Nuzman introduced him to Diack, who told him he could guarantee up to six votes from a group of IOC members representing Africa and athletics.

He confirmed an earlier claim that the money to fund the scheme had been put up by prominent Brazilian businessman Arthur Soares.

Bubka and Popov are the latest to be drawn into a widening scandal that has already implicated Diack and his son, Nuzman and Frankie Fredericks, who was also a member of the IOC Executive Board at the time he was accused of accepting bribes to vote for Rio 2016.

Following the allegations, the IOC claims it is "fully committed to address any issues" with corruption linked to bidding.

They claimed new reforms introduced since 2013 when Tokyo were awarded the 2020 Olympic and Paralympic Games – a campaign also implicated in allegations of corruption involving Lamine and Papa Massata Diack – had addressed these issues.

"With these reforms the IOC has turned the page with regard to good governance and in particular the procedure of the election of host cities," the IOC said.

Fredericks, a four-times Olympic silver medallist, was provisionally suspended by the IOC on the advice of its Ethics Commission after French authorities investigating Diack revealed he had received a $300,000 (£250,000/€270,000) payment on the day Rio de Janeiro were awarded the Olympic and Paralympic Games.

The money allegedly came from Soares and was routed via Papa Massata Diack.

Fredericks has denied the money was linked to voting for Rio 2016 and claimed it was for a consultancy project on athletics he was undertaking.

Nuzman is due to stand trial in Brazil for money laundering, tax evasion, and racketeering.

French authorities said last month that they plan to put the Diacks on trial on corruption charges.

Lamine Diack has been detained in France since 2015, while Interpol have issued an internationally wanted persons Red Notice for Papa Massata Diack.

He refuses to leave his native Senegal and the Government in Dakar will not extradite him.

Tsunekazu Takeda, meanwhile, is being investigated by French prosecutors who are looking into claims a €2 million (£1.7 million/$2.2 million) bribe was paid to secure Tokyo's winning bid for the 2020 Olympic and Paralympic Games.

He has denied any wrongdoing but resigned as a member of the IOC and as President of the Japanese Olympic Committee.