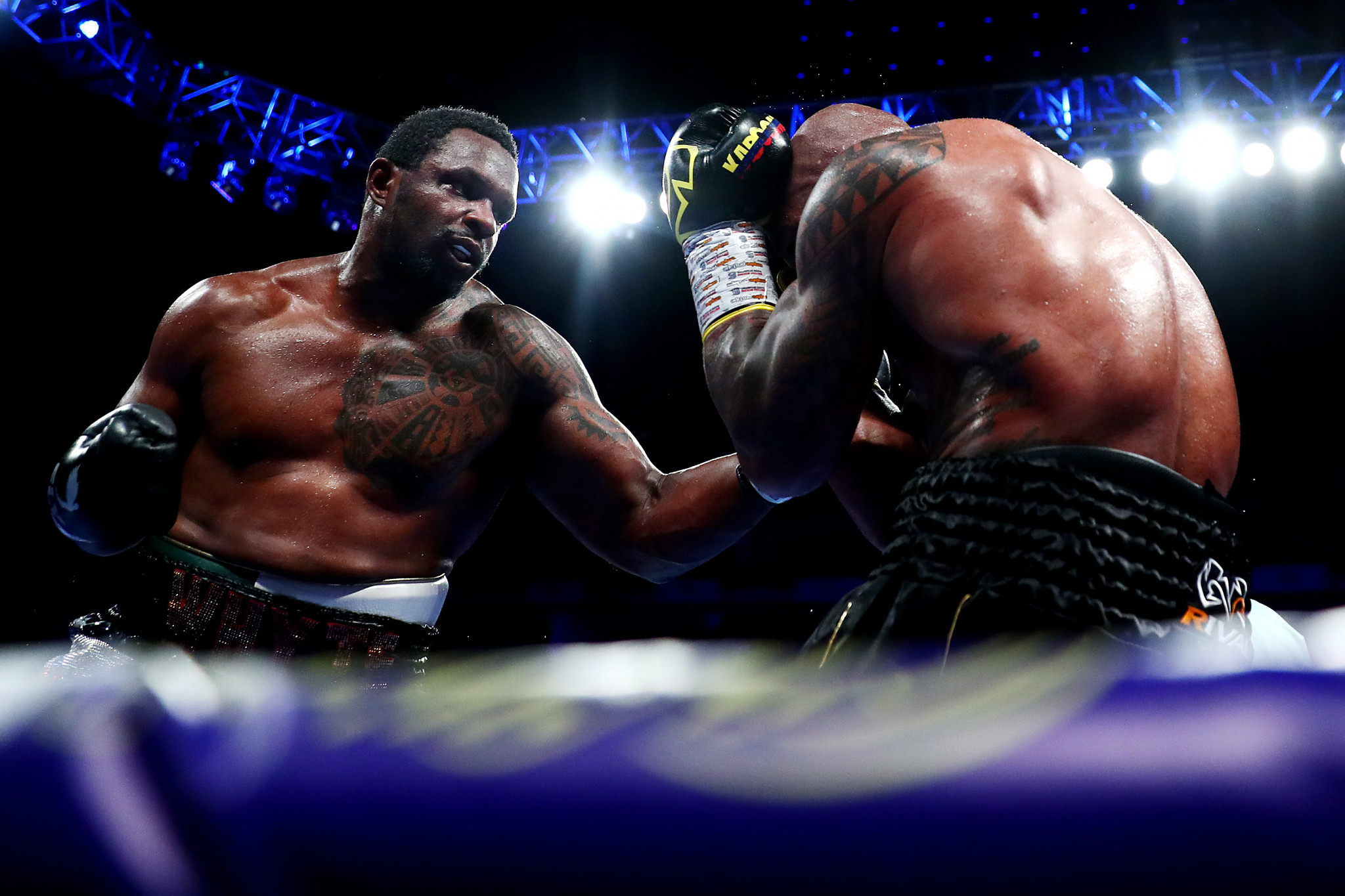 Whyte tested positive for a banned substance three days before outpointing Colombia’s Óscar Rivas at The O2 in London on July 20, having been cleared to box by an independent panel.

The WBC claimed it had not been informed of the positive test prior to the bout, while UK Anti-Doping (UKAD) has not commented on the matter.

A WBC statement said: “An ‘A’ sample UKAD collected from Mr Dillian Whyte in relation with his bout against Óscar Rivas yielded an adverse finding.

I am so disappointed with the rubbish that has been said about me over the last few days.
I have lawyers dealing with it and I have been told that I can't talk about it for good legal reasons.
I was cleared to fight and I won that fight fair and square.

Thanks for the support

“In light of that adverse finding and pending the outcome of the WBC’s own investigation and adjudicatory process, the WBC is provisionally suspending its recognition of Dillian Whyte as interim world heavyweight champion and mandatory challenger of the division.

“The WBC has notified Mr Whyte and his team of the suspension, and that it will afford Mr Whyte the opportunity to present its position to the WBC at an investigative hearing which will take place at a place and time to be announced in the near future.

“Throughout its investigation and hearing, the WBC will afford Mr Whyte and his team the opportunity to present any available information and materials, and any exculpatory evidence they might deem appropriate.”

Whyte, 31, served a two-year suspension from 2012 to 2014 for unknowingly taking an illegal supplement.

He could be handed an eight-year ban if he is found to have broken rules again.