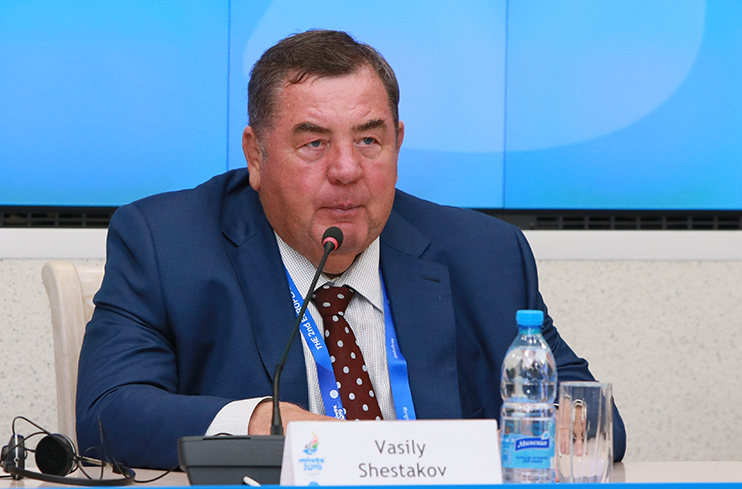 Vasily Shestakov, President of the International Sambo Federation (FIAS), predicts the sport will enjoy a huge surge in interest after the world governing body agreed a partnership with broadcaster Eurosport.

The four-year agreement will see the martial art showcased in up to 65 countries in the Europe and Asia-Pacific regions.

Eurosport will show live coverage of the annual World Championships in Seoul in November and extended highlights of the yearly World Cup.

Coverage in Europe will be simulcast on Eurosport’s over-the-top streaming service, Eurosport Player.

"It is a great honour for the International Sambo Federation to cooperate with Eurosport, which is the sports broadcasting leader in Europe and the Asia-Pacific region," Shestakov said.

"Thanks to these efforts, hundreds of millions of people all over the world will be able to witness the main international sambo events.

"I believe that in the near future, all martial arts fans will be able to experience unforgettable emotions enjoying sambo fights live.

"Therefore, the number of fans of our sport, which was recognised by the International Olympic Committee last year, will exponentially increase."

The partnership will be supported by a dedicated television and digital campaign as well as a host of unique content to engage audiences through compelling storytelling, it is claimed.

As part of its content strategy, Eurosport will work in collaboration with FIAS to develop programming including a "Sports Explainer" episode to help viewers better understand the sport.

The greatest athletes to grace the sport will be profiled in ""SAMBO Legends" in addition to a sambo-themed "Zoom" episode where viewers will be given an in-depth analysis of the techniques in the sport.

"We are thrilled to be working in partnership with the International Sambo Federation to help enhance sambo’s global reputation as a world-class sport through our television and digital coverage," said Laurent Prud’homme, senior vice-president in charge of rights acquisitions and syndication at Eurosport.

"Over the next three years, Eurosport will work alongside FIAS to develop a bespoke editorial strategy that will ultimately raise the appeal and awareness of the sport."