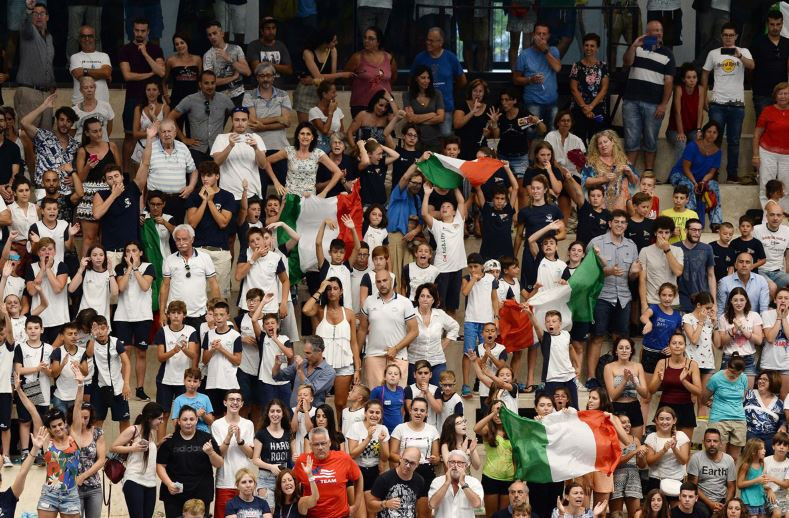 More than 300,000 spectators took in the action at the International University Sports Federation (FISU) 2019 Summer Universiade in Naples, it has been revealed.

The figures were bolstered by sell-out crowds at volleyball, swimming, gymnastics and water polo, with almost 45,000 fans attending the men's and women's football tournaments.

Piscina Scandone welcomed more than 15,000 spectators during seven days of swimming competition and water polo drew in almost 25,000 people, including a fitting finale to the Universiade in Naples, where hosts Italy defeated the United States in front of a capacity crowd.

Following their victory, Italy's Massimo Di Martire said: "This is an incomparable feeling.

The volleyball audience peaked during the men’s gold medal match between Italy and Poland with 6,000 spectators filling the PalaSele venue in Eboli.

PalaSele was one of four basketball venues across the region of Campania.

More than 30,000 people watched live basketball during the Universiade and left a mark on US captain Amir Simms after claiming gold.

"My team and I will keep this experience in our hearts," he said.

"The love that the supporters are showing us inside and outside the venues is incredible and outstanding.

The 30th Summer Universiade finished as it began, with a sell-out at San Paolo Stadium, home of Serie A side SSC Napoli.

There were 33,000 spectators in the stadium for the Balich Worldwide Shows Closing Ceremony, which saw Italian music stars Clementino and Mahmood bring the curtain down on Naples 2019.