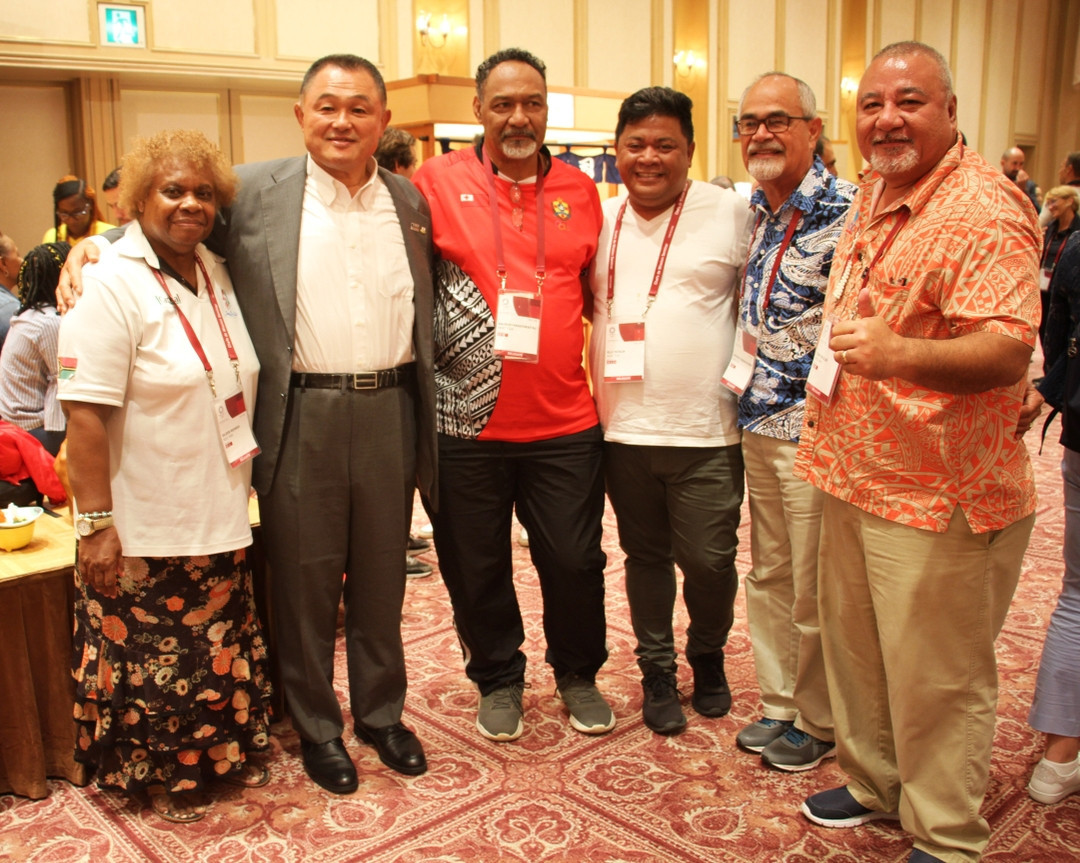 Tokyo 2020's preparations have been praised by the Oceania National Olympic Committees (ONOC) on the final day of the Chef de Mission Seminar.

Positive noises have emanated from the Japanese capital during the course of the three-day event, with New Zealand's Chef de Mission Rob Waddell saying yesterday that organisers were "several steps ahead" of where Rio 2016 was at the same stage.

This is despite concerns around sweltering heat and E.coli bacteria in the water at Tokyo Bay, which forced the cancellation of the swimming leg at the Paratriathlon test event.

"I am very impressed with what I have seen so far as in my view no other country like the Beijing 2008 Games and the Tokyo Games have been this prepared," said Tony Muller, Chef de Mission for the Marshall Islands.

"Congratulations to the Japan Olympic Committee and the Government and people of Japan for a remarkable job.

"They are way ahead of schedule and very prepared."

Samoa Chef de Mission Nynette Sass added: "I am quite impressed with what Japan has done, we've been watching from afar, seeing the photos and updates but being on the ground is a really different story.

"One of the things I really like is the green aspects of the Games.

"We've just finished the Pacific Games where we talked a lot about greening the Games and one of the things I really loved was seeing all the greenery around the Olympic Stadium."

Rising temperatures have been an issue as the heatwave coincides with the same time the Games are due to be held next year.

More than 50 deaths were reported in July as temperatures in Japan approached 40 degrees celsius, while some athletes have struggled during the ongoing test event programme.

Misting sprays, air-conditioned tents and special road coatings are among plans put forward by organisers, as well as allowing fans to swerve advertising and safety rules by bringing their own bottled water.

Organisers have also pledged to install triple-layer screens to combat the E.coli problem.

Other issues raised at the seminar included South Korea's concern about food from Fukushima being served at the Games.

The country is reportedly worried that it could be contaminated following the devastating earthquake and tsunami in 2011 which caused an accident at a nuclear power plant.

Both Tokyo 2020 and the International Olympic Committee have been keen to promote the Games as a tool which could help with the region's recovery, with Japan and South Korea currently locked in a trade war.

The International Testing Agency presented about the anti-doping programme, with emphasis on the whereabouts system.

A full progress update was provided, as well as a venue tour and welcome reception from the Japanese Olympic Committee.