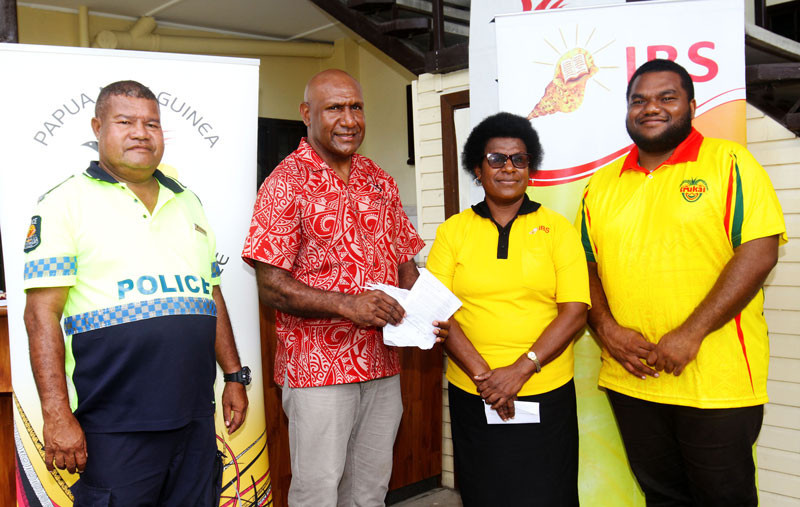 The scholarships are for certificate levels three and four programmes in accounting, business, information technology and human resource management, and will run for six months.

Awardees are required to make use of them during 2020.

The courses are designed in line with TAFE NSW, the leading provider of vocational education and training in Australia.

Focused on student-centred learning, the programme is described by the PNGOC as being "unique" in Papua New Guinea.

The five people were selected from a draw which they entered during the Trukai fun run event earlier this year.

The draw was held at PNG Olympic Haus in Port Moresby, with the winners being Amin Tony, Ila Maeva, Jimmy Goasa, Nichola Cooper and Dylan Antamaso.

Under the leadership of Sir Mick Nades, the IBSU is considered a spearhead in providing quality education, as well as giving opportunities to Papua New Guineans to have an education.

One way it does this is through its partnership with the PNGOC, including supporting events such as the annual Trukai fun run.

"This country can be a leading economy in the world if its human resource can be developed, and IBS is trying to be part of that journey by taking the knowledge base into the next level," Rebecca Paira, a representative of the IBSU, said.

The IBSU also provide scholarships for Papua New Guinea's elite athletes through the Athlete Excellence Programme, in partnership with the PNGOC.

"We are grateful for the support IBSU has given over the years which has contributed to the development of our elite sports men and women, and also the community by offering scholarships and academic programmes for the people," Ian Leklek, the PNGOC's corporate manager, said.

He claimed the initiative had helped him to plan for his future.