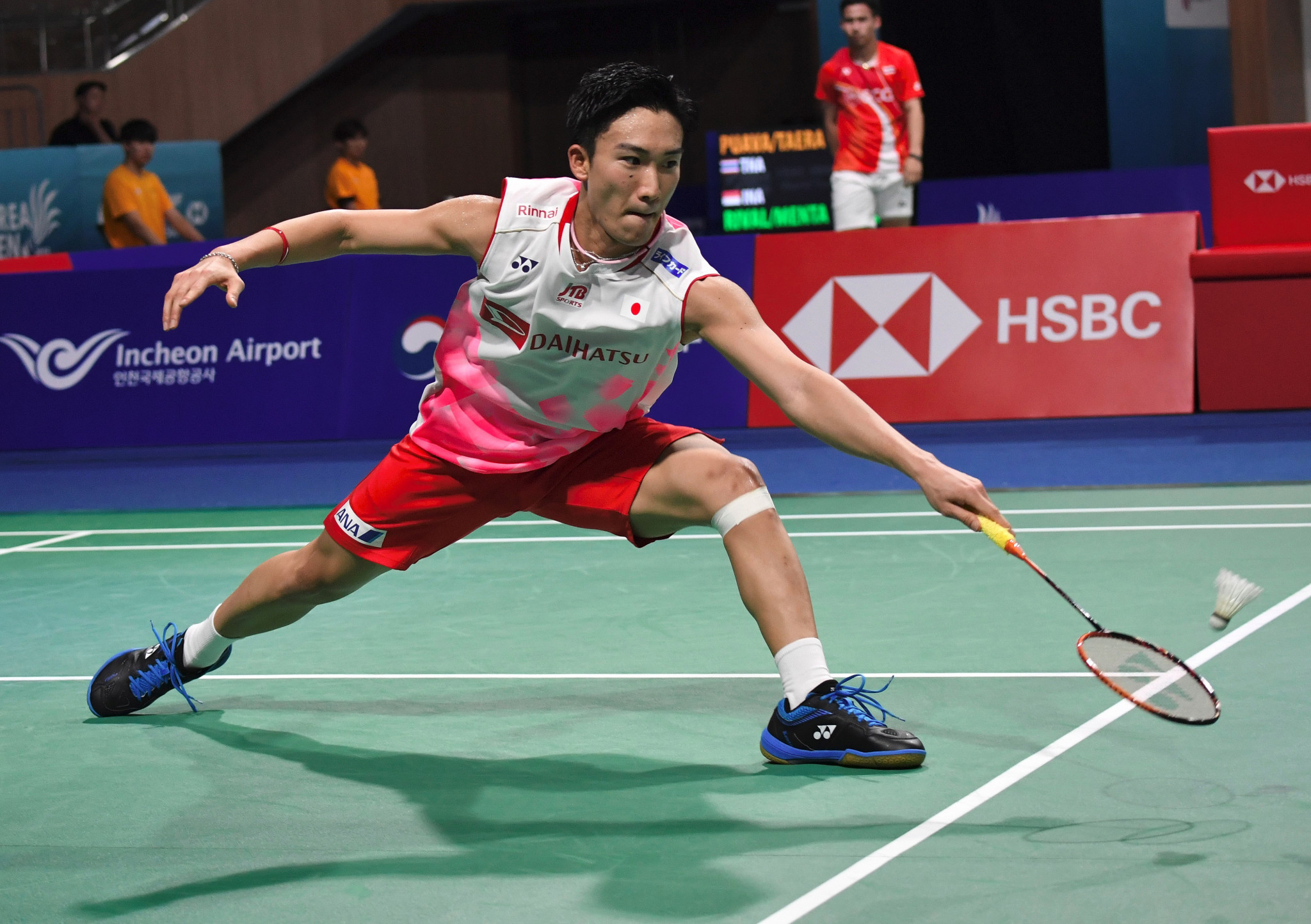 World number one Kento Momata is through to the final of the Badminton World Federation (BWF) Korea Open, after defeating Parupalli Kashyap in straight sets in the last four.

The Japanese player took just 40 minutes to dispose of Kashyap 21-13, 21-15, despite a good start from the 33-year-old Indian, at the Incheon Airport Skydome in this BWF World Tour 500 event.

Kashyap was also competitive in the second game, with the score locked at 12-12, but Momata showed calmness under pressure to pull away.

In the final he is set to face Chinese Taipei player Chou Tien-chen, who had a much stiffer test in his semi-final.

Tien-chen won this tournament last year, so the final promises to be a closely fought contest between the first and second seeds.

In the women’s event, the final has delivered a surprising match-up.

Intanon won a thrilling first game 21-19, before a more convincing 21-11 scoreline in the second to wrap up her place in the final.

She will face seventh seed He Bingjiao, who was far too strong for Canada’s Michelle Li.

Both finals are due to take place tomorrow.