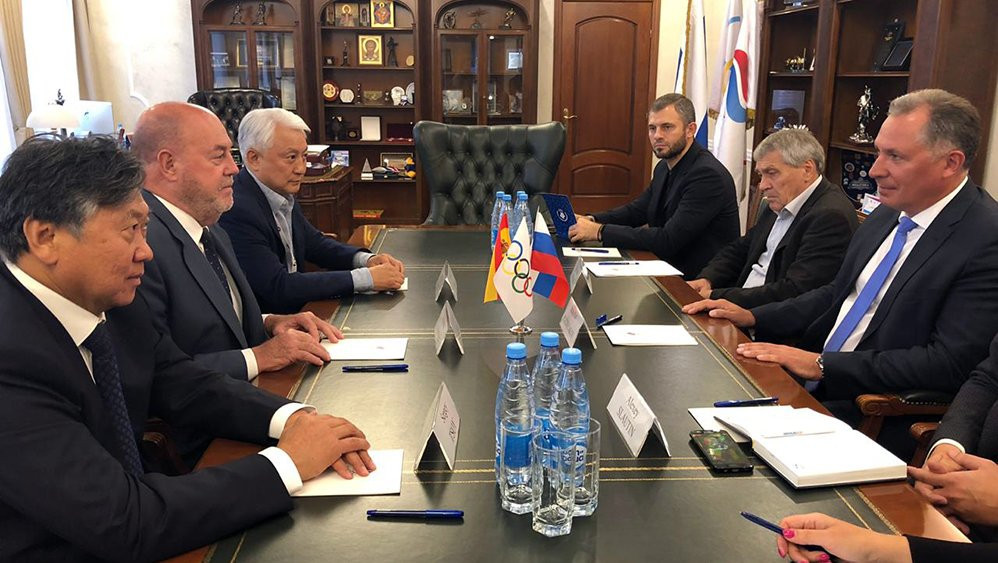 Pozdnyakov welcomed Espinós to the ROC’s headquarters in Moscow, where the two officials discussed the progress of karate in the country.

The meeting coincided with the Karate 1-Premier League event in Russia’s capital.

The Olympic prospects of karate and the opportunities to further grow the sport in Russia were among the topics on the agenda.

"It was great to sit with Mr Pozdnyakov and see his commitment to the progress of sports in Russia," Espinós said.

"I want to thank him for his time today and for his support to the growth of karate in Russia.

"It is a source of pride to attest the exceptional work the RKF has been doing over the past years.

"The organisation, which is brilliantly managed by President Sergey Tsoy, has become an active force within the WKF and one of our biggest assets in our goal of taking karate to new heights."

The WKF claim the popularity of karate in Russia is reaching new heights with the country’s athletes fighting to achieve qualification for the Tokyo 2020 Olympic Games.

"We continue growing at an unprecedented pace," Espinós added.

"Our events are attracting more and more fans and media.

"More and more spectators follow our competitions on site or through WKF’s social media channels, as we could attest this week in the Karate 1-Premier League in Moscow.

"Karate has the potential to develop the sport even more, especially in countries like Russia.

Zaytseva delighted the home crowd inside the Megasport Arena with a 2-0 win over the reigning Grand Winner in the category.

It was the sixth stop of the 2019 Karate 1-Premier League.