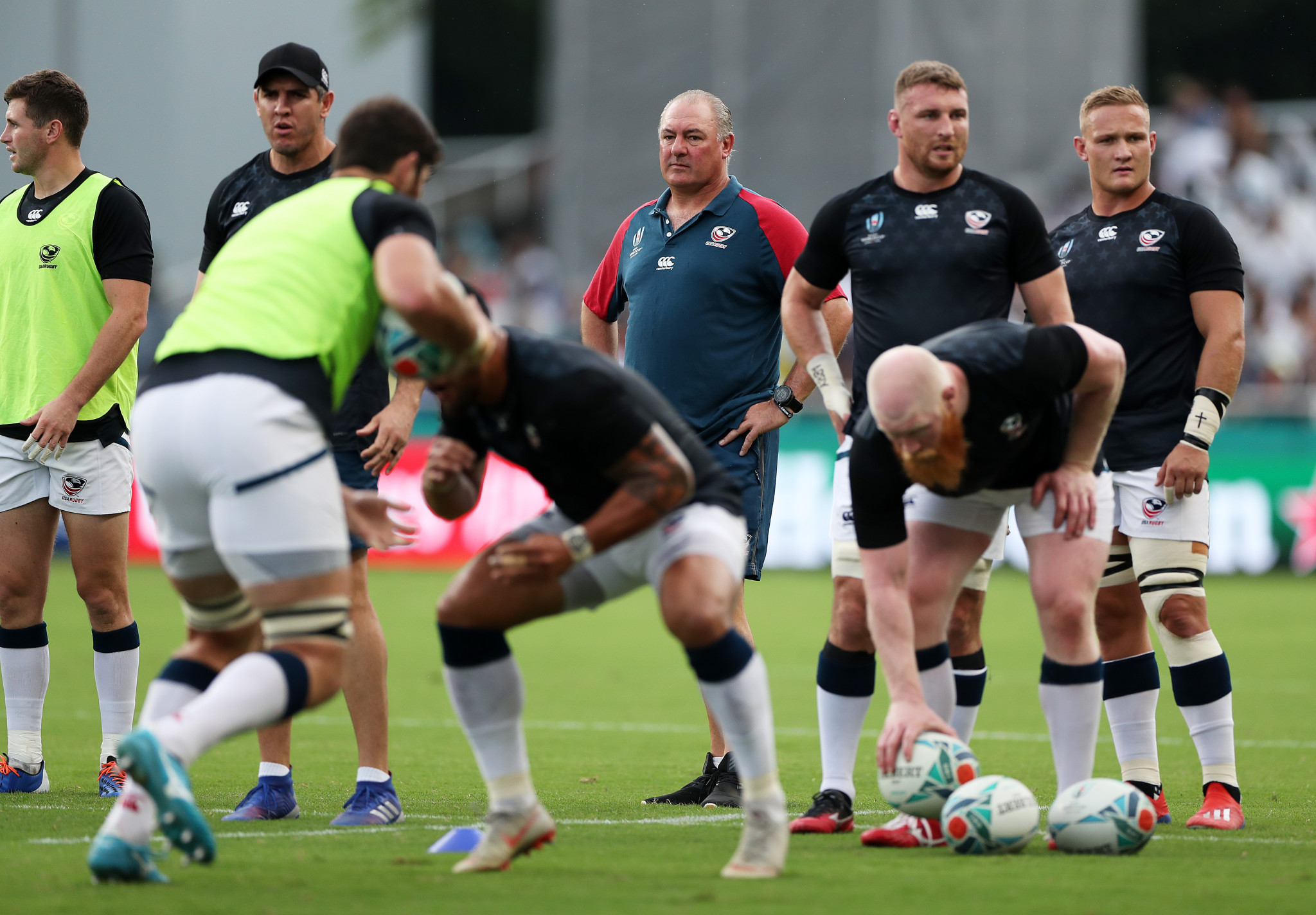 They may be considered a tier-two nation in rugby terms, but United States coach Gary Gold believes his country is more than ready to host the 2027 World Cup.

This year's tournament is in Asia for the first time, with rugby bosses keen to take advantage of the sport's global appeal.

While the 2023 edition is in rugby stronghold France, World Rugby is looking to have a double vote to decide the destinations for 2027 and 2031.

Chief-executive Brett Gosper has already said North America should be looked at - and Gold believes Japan has presented an ideal blueprint.

"For us, Japan are an unbelievable role model for so many reasons and I'm talking about the USA particularly," Gold said.

"This is the reason why I feel so very strongly that if World Rugby genuinely do want to grow the game, as they claim they want to, then USA have to be a contender for the 2027 Rugby World Cup."

It's been a chastening tournament for Gold's men, with heavy defeats to England, France and Argentina, and a failure to get anywhere close to third place, meaning automatic qualification for the 2023 event.

But Gold believes hosting the tournament gave Japan the perfect incentive to grow the sport and succeed at the highest level.

A South African who has coached in four countries, Gold said that when World Rugby awarded the 2019 tournament to Japan "there was an entire mind-shift change around the game".

He was working in Japan at the time and said: "It was that preparation that gave [Japan coach] Eddie [Jones] the platform to be able to work with the team for the nine months that he did - to take them to 2015 and for them to do what they did there."

The Brave Blossoms won three games, including a memorable 34-32 triumph over South Africa in Brighton, and are on the verge of qualification for the last eight this time around.

"Four years later, for them to now be quarter-final contenders is a fairy-tale come true," Gold said.

"It's something that can be done, but it was largely off the back of them having been awarded a Rugby World Cup."

The United States will be desperate to go out on a high in their final Pool C match, against Tonga tomorrow.