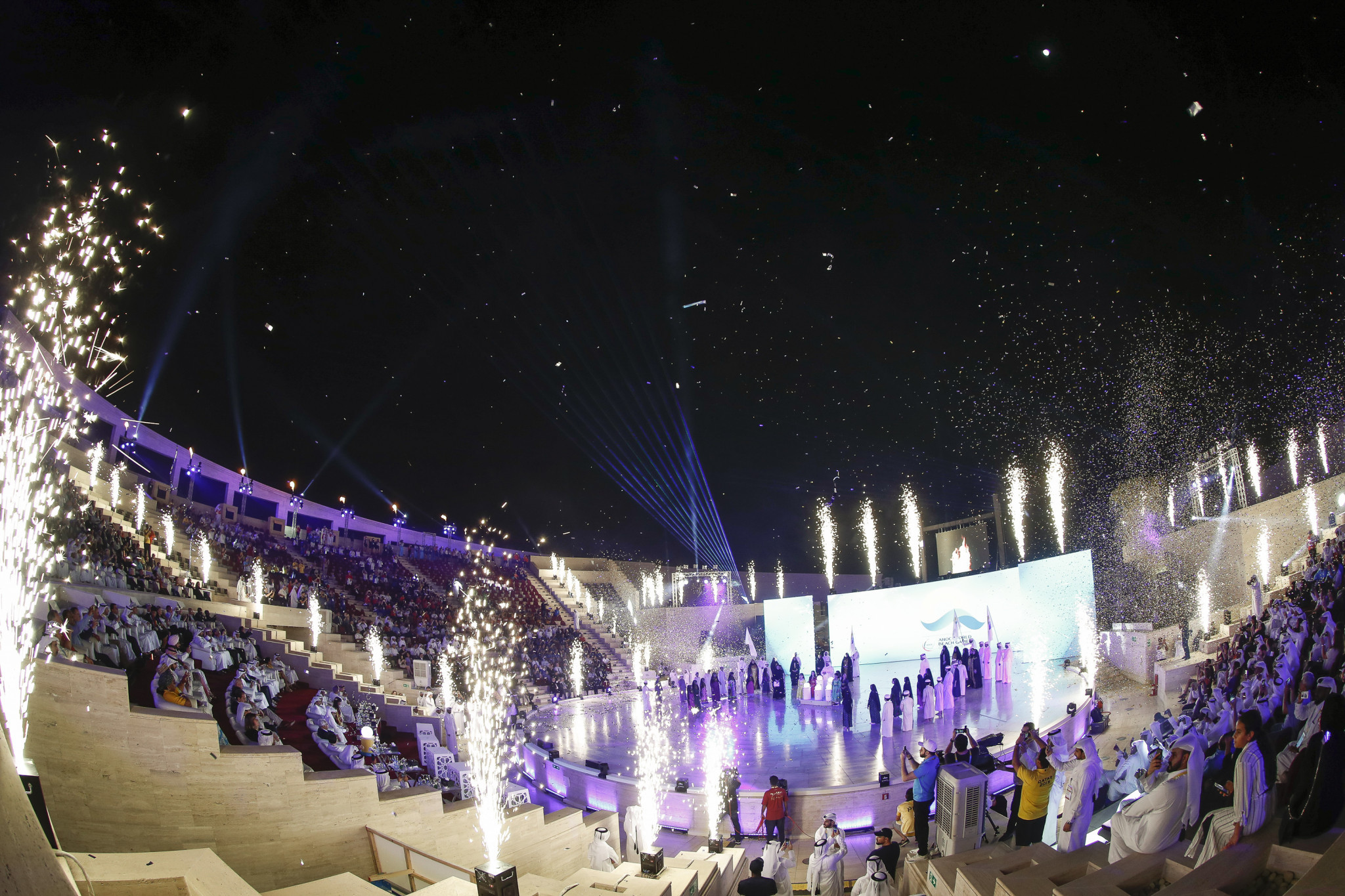 The surprise entry of a traditional Arab dhow to welcome the athletes of world set the seal on a captivating yet distinct opening to the inaugural Association of National Olympic Committees (ANOC) World Beach Games here tonight.

As a prelude to the formal declaration, children carried in illuminated globes representing the five continental Olympic Associations in an original representation of the emblem of ANOC.

The introduction of these Games coincide with the 40th anniversary of ANOC.

It was in 1979 that the organisation was formally constituted in San Juan.

He referred to Doha’s race against time to get ready after original hosts San Diego pulled out earlier this year.

"We are very grateful for your support and dedication," he told the Doha 2019 Organising Committee and paid tribute to "hard work in just three short months to provide an excellent environment.

"ANOC developed a vision of a global sport event at captivating beach locations and as the action unfolds over the next few days, I am confident you will see the dream realised."

Instead of a lengthy march past of athletes, most of those competing took their places in the marble rows of seats which had each been furnished with cushions in maroon, the national colour of Qatar.

It was unlikely that any of the long-distance swimmers were there.

Their event is due to start at 6am tomorrow.

The Ceremony was notably devoid of nationalism.

Instead of a formal flag bearer each team had an "athlete representative" who carried a small flag with the emblem of the Games.

The national flags were projected onto the big screen in a montage as the athletes entered.

Some, such as Australian handball player Rosa Boyd and British footballer Gemma Hillie, had already competed.

"It is an international platform for you to showcase your talents and entertain people around the world," said Mitchell.

The taking of an oath of fair play has been an essential part of any multi-sports Opening Ceremony for almost a century.

Here the words were spoken by aquathlete Abdulla Al-Kaabi on behalf of the athletes and Ali al Yazidi for the judges.

Even the setting was a dramatic combination of past and present .

Although the arena was little more than a decade old, the high marble terraces invoked the spirit of theatre in Ancient Greece.

Some 50 chorister, including children, were joined by musicians beating by traditional drums.

They wore the traditional Arab dress known as the Thobe in white and gold.

Their traditional chant was an invocation of their desert homeland as the screens projected images of the camel, the ship of the desert.

A theatrical performance charted the history of Qatar with an old man and his "grand daughters" who asked about his life as a pearl diver.

Other fishermen joined in a chorus reflecting the dangers and hardships of their life at sea.

In the finale, a choir of children sang a musical greeting. In a song which spoke of "Nuturing heroes that will endure in the dreams of future generations"’ as the Ceremony came to an end with fireworks and glitter.

They say the tone is often set by the opening.

Judging by this the next few days should be a belter.