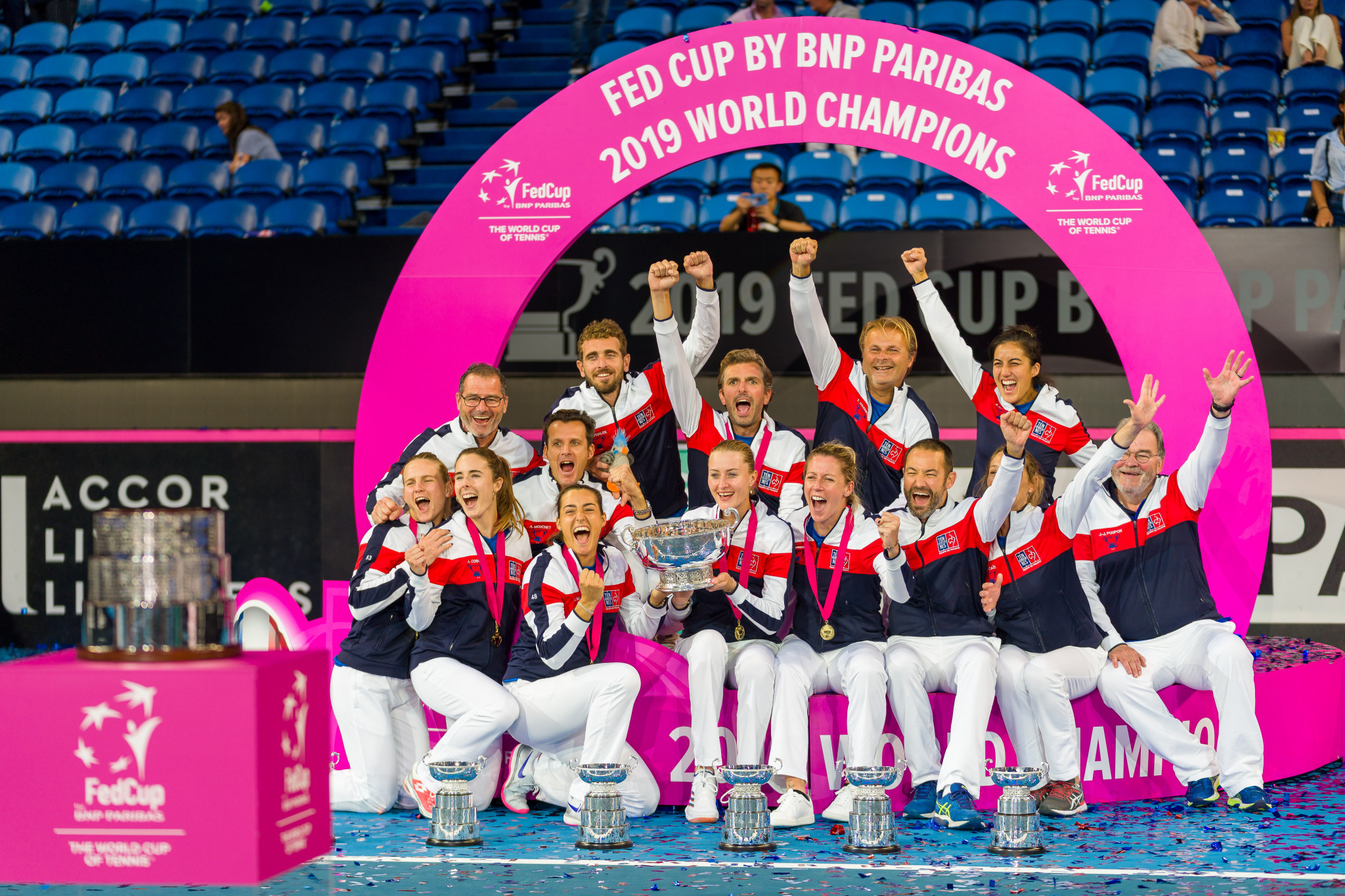 Kristina Mladenovic and Caroline Garcia led France to Fed Cup glory for the first time since 2003 by winning the deciding doubles rubber in a gripping final against hosts Australia.

Doubles specialist Mladenovic and Garcia held their nerve to beat Sam Stosur and world number one Ashleigh Barty 6-4, 6-3 to give France a 3-2 victory at Perth Arena.

With the tie level at 1-1 overnight, Australia were probably favourites going into the reverse singles, with Barty on the back of a 15-match unbeaten run in the event, including yesterday's 6-0, 6-0 triumph against Garcia.

But Mladenovic changed the tide of the final by upsetting Barty in the day's opening clash, winning a final set tiebreak to prevail 2-6, 6-4, 6-7 and put France 2-1 ahead.

Pauline Parmentier was announced as a last minute replacement for Garcia for the fourth rubber match against Ajla Tomljanovic.

Victory for the French veteran would have secured the title without the need for the doubles match but Tomljanovic, boosted by the home support, pulled Australia level with a 6-4, 7-5 win

Stosur and Barty teamed up as Australia sought their first Fed Cup triumph in 45 years but they fell to a devastating loss to the ecstatic Mladenovic and Garcia.

The Fed Cup takes on a new format from next year after the International Tennis Federation announced a World Cup of Tennis structure, which will see an increase from eight competing nations to 20.

A total of 12 nations will qualify for the Fed Cup Finals in Budapest, which will be held at the Laszlo Papp Budapest Sports Arena on clay on two match courts from 2020 to 2023.