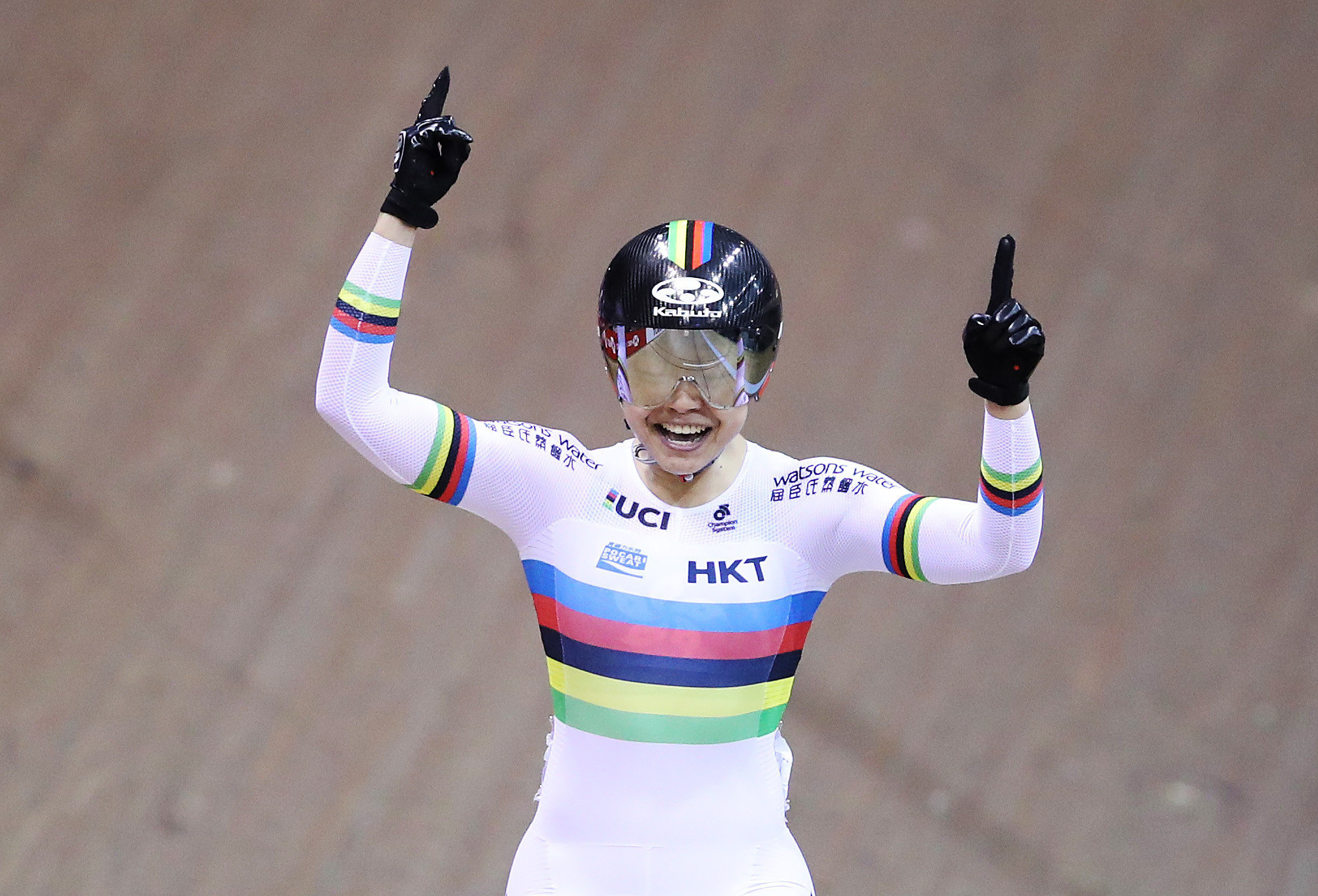 The Hong Kong sprinter secured victory over Colombia’s Martha Bayona Pineda and Germany’s Lea Sophie Friedrich to book her place in the final at the Sir Chris Hoy Velodrome.

Lee was too strong for Emma Hinze as she beat the German in straight rides to seal gold.

In the men's keirin, France’s Sebastien Vigier claimed victory as the 22-year-old held off the challenge of Germany’s Maximilian Levy.

Russia’s Denis Dmitriev followed the pair across the line in third to deny Britain’s Jason Kenny a podium finish.

Ireland’s Felix English and Spain’s Sebastian Mora Vedri battled for victory in the men’s scratch race after the pair had gained a lap over the rest of the field.

English got the better of his rival to clinch gold.

The sprint finish for third place was won by Germany’s Maximilian Beyer.

The duo won six of the 12 sprints during the race to finish with a total of 40 points.

Britain’s Katie Archibald and Elinor Barker claimed silver in front of a home crowd on 31, while Kirsten Wild and Amy Pieters of the Netherlands were third on 19.

France’s Benjamin Thomas triumphed in the men’s omnium, following a consistent set of results during the four events.

Thomas finished fourth in the scratch race and ninth in the tempo before winning the elimination race.

The Frenchman earned the third highest total during the points race to end with a score of 130.