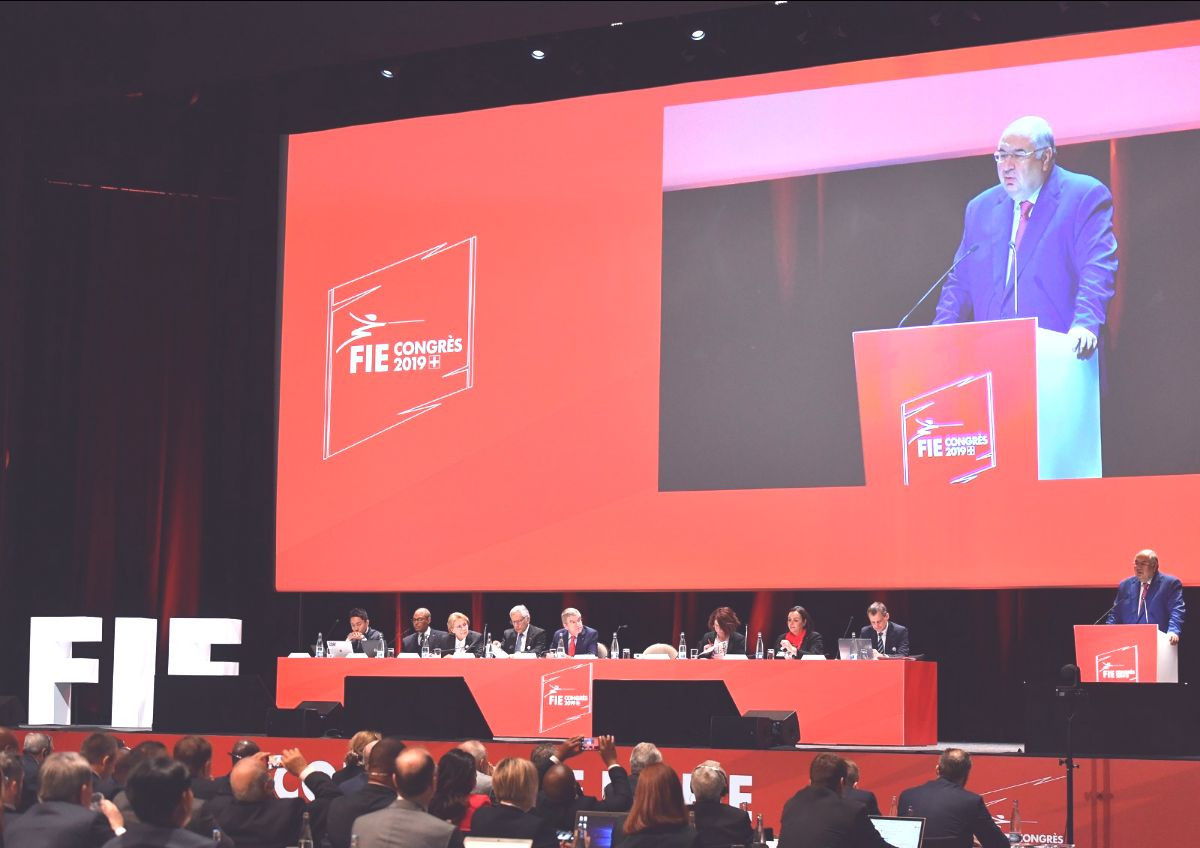 With further Presidential donations of CHF5 million (£3.9 million/$5 million/€4.5 million) written into the body’s budget for both 2019 and 2020, calculations by insidethegames suggest that the Uzbek-born businessman is on course to gift a staggering CHF80 million (£62 million/$80 million/€73 million) or so to the Federation over the period of around three Olympic cycles.

Usmanov, who used to be a major shareholder in Arsenal Football Club, succeeded Frenchman René Roch as FIE President during its 2008 Congress in Paris.

His generosity to fencing has continued throughout a period when the Russian doping crisis and its fallout has cast a dark shadow over Olympic sport.

Another Russian International Federation leader Vladimir Lisin, elected President of the International Shooting Sport Federation in 2018, has begun to follow Usmanov’s example, utilising $10 million (£8 million/€9 million) of his own money to establish a development fund for that sport.

Usmanov’s particular generosity in 2018 is explained largely by the 105th anniversary of the FIE’s foundation on 29 November 1913.

The annual report of the FIE Executive Committee notes that the body held its 97th Congress in the French capital at the Pavillon d’Armenonville, with the Congress dinner "celebrated during a cruise on the Seine".

In addition, a gala dinner was held at the Grand Palais.

This was said to have attracted "700 guests and personalities from across the world".

The 2019 Congress was addressed by Thomas Bach, the International Olympic Committee (IOC) President, whose Olympic sport fencing was.

Bach also presented Usmanov with the IOC Trophy of Olympic Values, while being presented with the 2019 Challenge Chevalier Feyerick, awarded every other year to "an individual fencer team or group of fencers, or member federation that, during the last two years, has shown the most chivalrous and unselfish attitude and spirit of sportsmanship and fair play, serving as an example to others in the future".