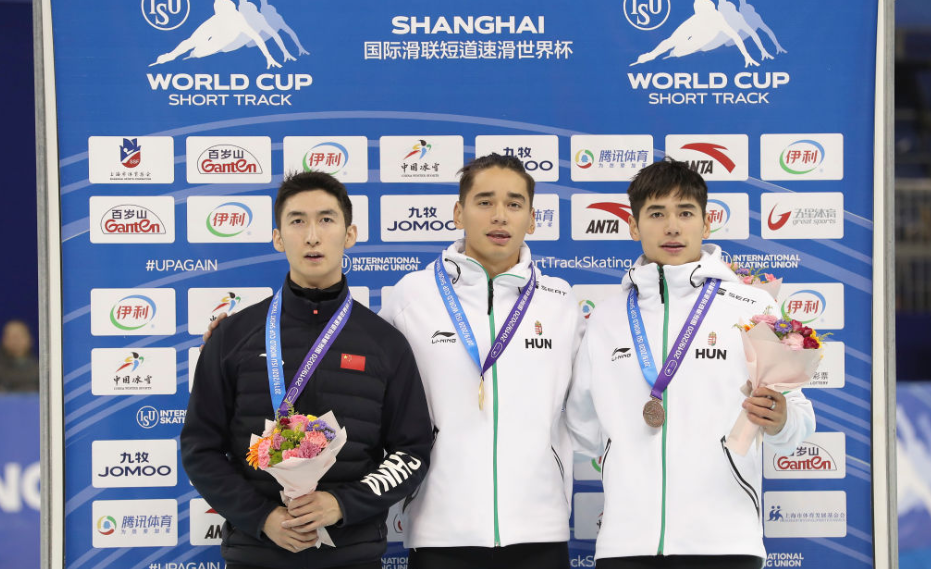 There were plenty of thrills and spills on day two of the International Skating Union's Short Track World Cup competition in Shanghai.

It was an emotional evening for Lee June Seo of South Korea, winning his first ISU World Cup gold in the 1,500m after falling short on numerous occasions, in 2min 21.652sec.

In the women's 1,500m, Kim Alang of South Korea took control of the race going into the last lap, before running out a comfortable winner.

She finished ahead of compatriot Choi Min Jeong in silver, with Canada's Courtney Lee Sarault in bronze.

As expected, Kim Boutin dominated the women's 500m final to win her fourth successive World Cup title and stay on top of the overall standings.

Italy's Martina Valcepina rounded out the podium in 42.971.

The Netherlands confirmed their strength in depth, bringing home the 200m mixed relay gold ahead of Russia in silver and Canada in bronze.

Tomorrow sees the final day of competition with the 1,000m individual finals, along with the 3,000m and 5,000m relays.