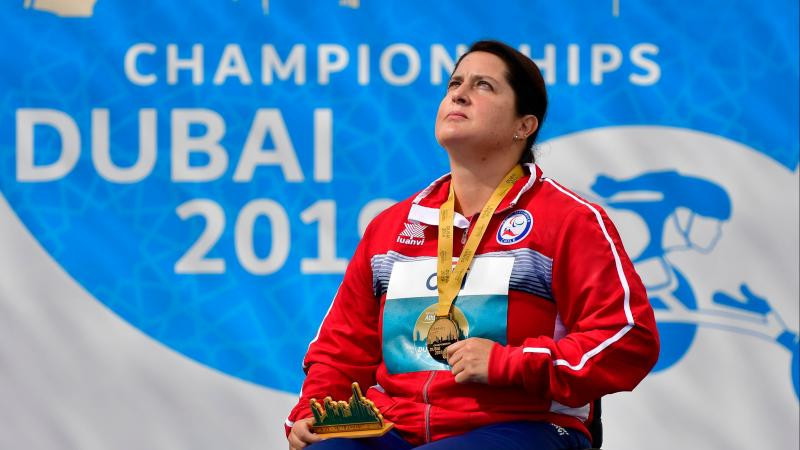 The field athlete recorded a massive 90 per cent share of the public vote in an online poll to scoop the honour.

She claimed an emotional gold medal in the women's F54 shot put at the World Para Athletics Championships in Dubai, throwing a world record distance of 8.19 metres.

Her victory came just days after her father had passed away.

Long jumper Kiara Rodriguez of Ecuador and sprinters Petrucio Ferreira of Brazil and Deja Young of the United States were also nominated.

Nominations are compiled by National Paralympic Committees from across the Americas before the public vote.