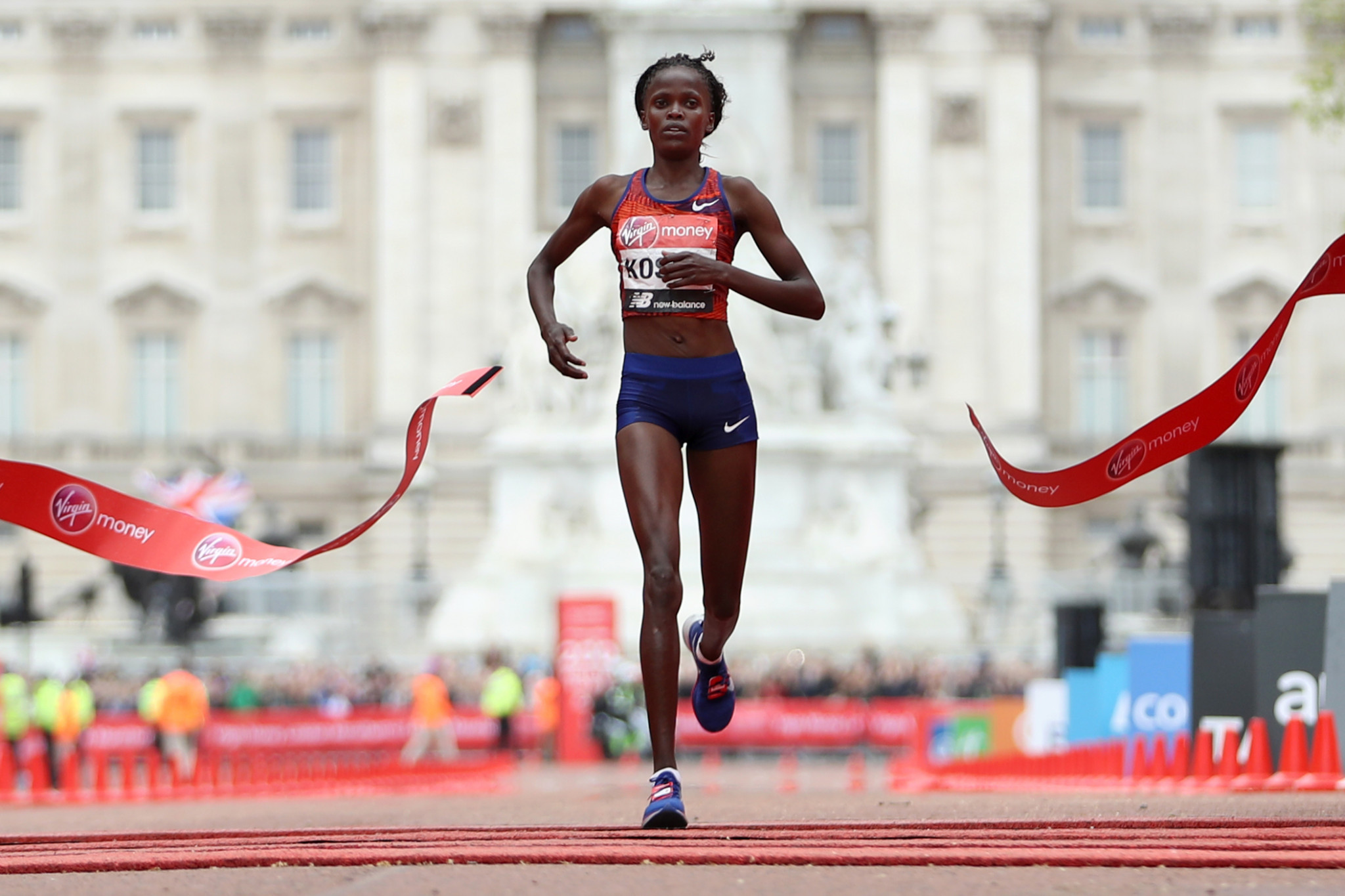 The 25-year-old Kenyan broke Paula Radcliffe’s 16-year-old marathon world record by more than a minute at the Chicago Marathon last October, winning in an incredible time of 2 hours 14min 4sec.

The record-breaking run came six months after Kosgei won the London Marathon for the first time and she is looking forward to returning to England’s capital for the race on April 26.

"Last year was an incredible year for me and it started by winning in London," Kosgei said.

"Coming back will be very special and I hope it can be the start of another memorable year."

Kosgei is joined in the elite women’s field at the 2020 London Marathon by a stellar list of rivals, four of whom have also run sub-2:19 marathons.

It is completed by last year's Valencia Marathon champion Roza Dereje of Ethiopia.

World half marathon record holder and 2019 New York City Marathon champion Joyciline Jepkosgei, who is joint top of the Abbott World Marathon Majors (AWMM) Series XIII leaderboard alongside Kosgei and Chepngetich, will also be on the start line.

The AWMM series is based on the results of the six biggest marathons in the world - London, Berlin, Chicago, New York City, Tokyo and Boston.

Series XIII, which started at the 2019 Chicago Marathon and will finish at the same race this year, will also include the Tokyo 2020 Olympic Games marathon.

It was announced in December that Kenya's Eliud Kipchoge had chosen the 2020 London Marathon as his first race since becoming the first human to run a sub-two hour marathon in Vienna in October.