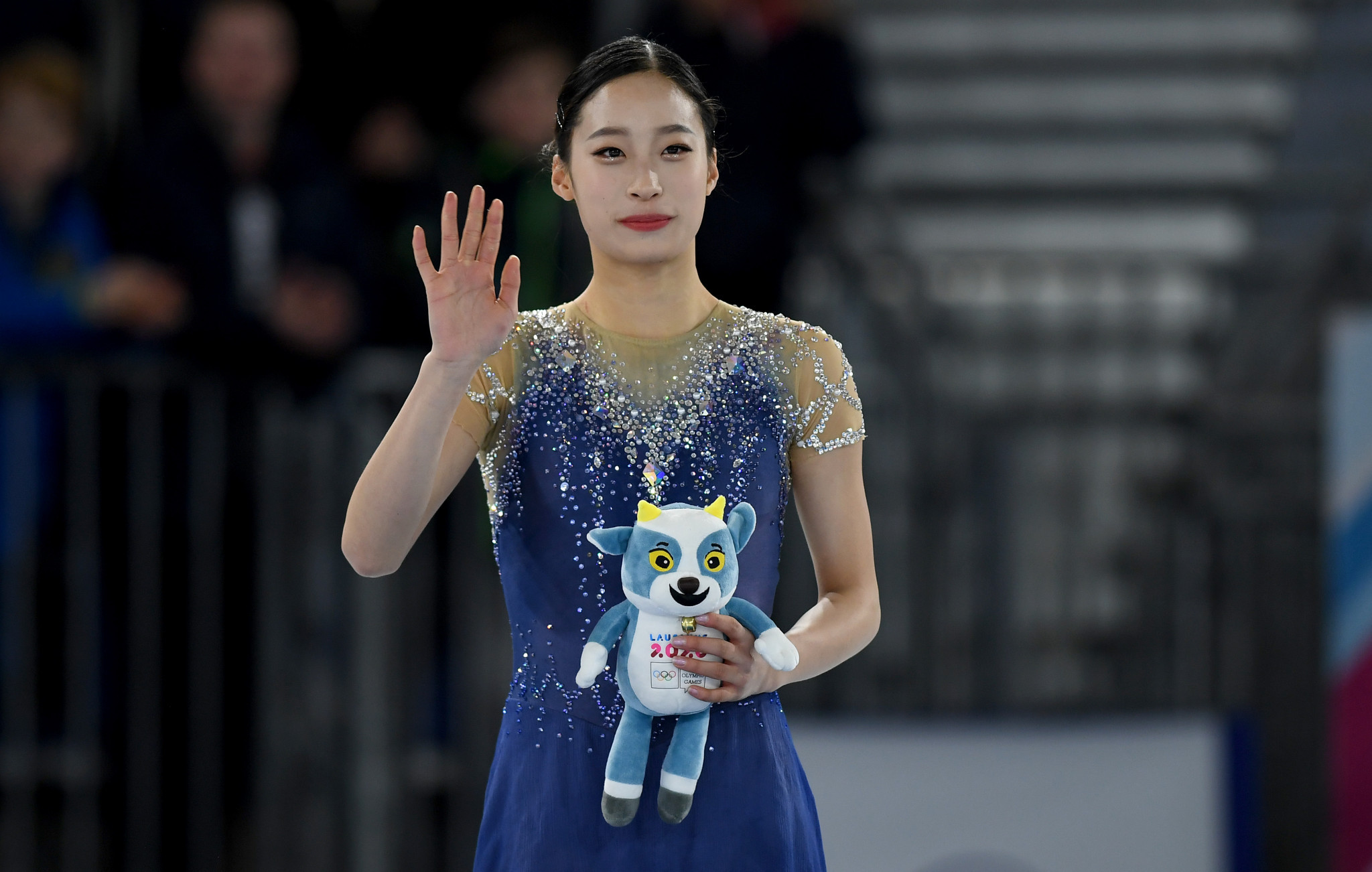 South Korea’s You Young won women’s singles figure skating gold at Lausanne 2020 with a magnificent performance which brought a standing ovation, but admitted she took nothing for granted.

"I was not sure because I didn’t get the triple toe loop in the second combination and I was feeling good because I did a good programme but I didn’t know I had the gold until they announced it," the 15-year-old said.

You's final score of 214.00 points gave her a huge margin of victory over the silver medallist Kseniia Sinitsyna of Russia, who registered 200.03.

"She was my role model when I was very young," the South Korean told insidethegames.

"She was always an amazing skater.

"I saw the video of her when I was younger and it always helped me when I was tired and frustrated."

You had skated to music from the soundtrack of Evita, the story of Eva Peron.

"My choreographer decided on the song, I liked her character because she is very strong but her story is also very sad inside of her and I was trying to tell the story today," she added.

"I hope everyone would understand it."

Canada's Patrick Chan, gold medallist in the team event at the 2018 Winter Olympic Games in Pyeongchang, told insidethegames: "You has already achieved so much at such a young age, I hope that she can keep that drive and also not get carried away with the results and the pressure that a country can put on an athlete.

"What a pleasure to watch her skate with such ease.

"The triple axel didn’t even look like a triple axel and I really look forward to seeing her at the World Championships."

Russia had earlier taken gold and silver in the ice dancing.

Irina Khavronina and Dario Cirisano scored 164.63 to make sure of gold.

"My friends and family have all been watching online so I won’t have to tell them we have won the gold medal," said Cirisano.

"When I turn on the phone, it will be them contacting me to share this moment."

Sofya Tyutyunina and Alexander Shutitskiy took silver on 159.15, while Katarina Wolfkostin and Jeffery Chen of the United States won bronze with a score of 152.43.

Octavian Morariu is seeking a third and final term as Rugby Europe President next month, with a pledge to keeping the organisation on "a significant growth trajectory" while also closing the gap to the Six Nations. Mike Rowbottom speaks to a man with big plans for the future of rugby union in the continent.