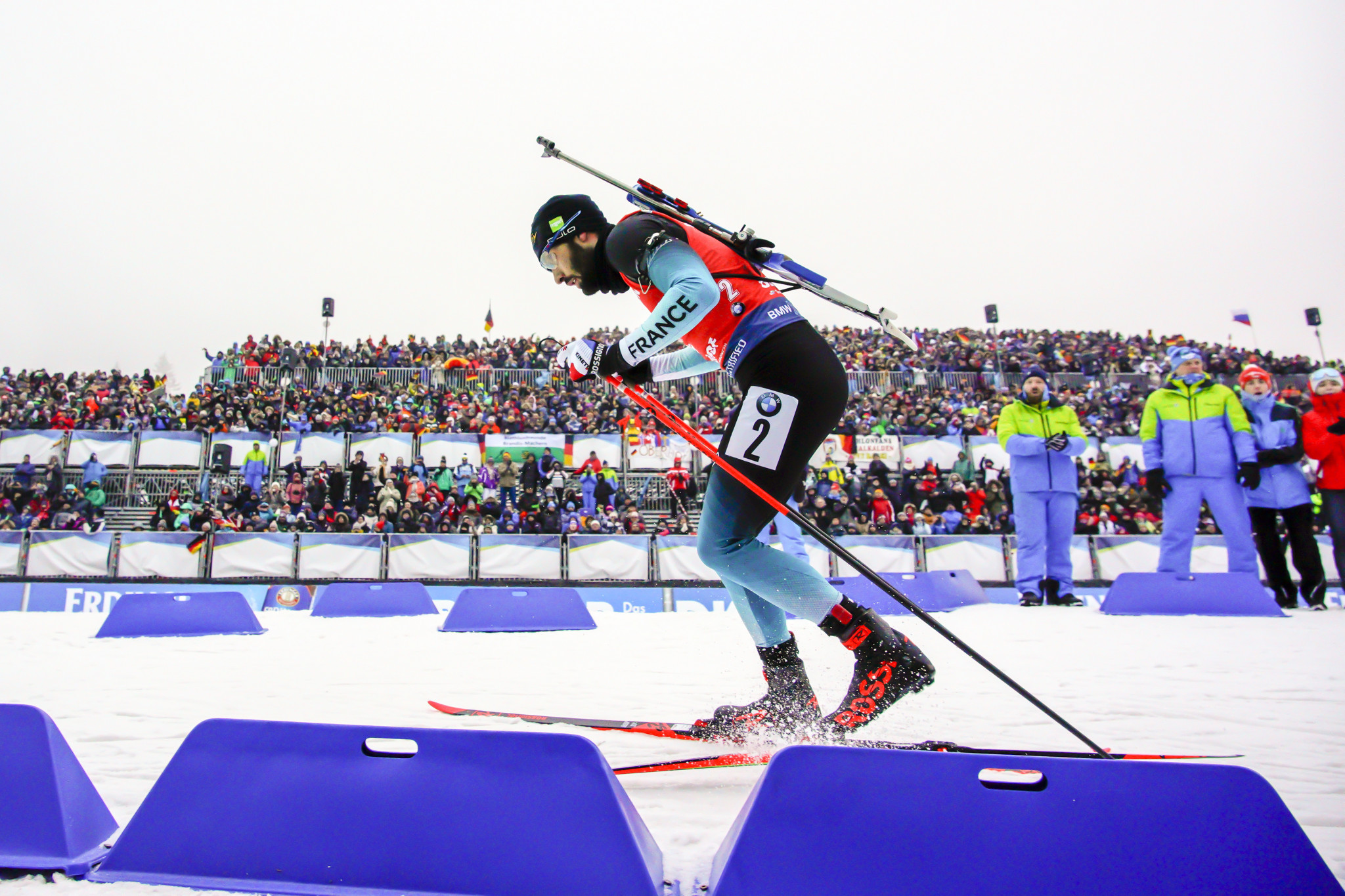 French star Martin Fourcade will have the chance to extend his advantage over rival Johannes Thingnes Bø at the Biathlon World Cup in Ruhpolding, with the Norwegian still on paternity leave.

Action at the German resort begins tomorrow, with Fourcade back in the World Cup leader's yellow bib for the first time since December 13.

He took over at the top from Bø after winning both the sprint and mass start races in Oberhof earlier this month, when his rival was also absent.

Bø, who has won five races this season to Fourcade's three, could return at the next scheduled World Cup stop in Pokljuka in Slovenia from January 23.

That is the last event on the circuit before next month's World Championships in Antholz-Anterselva, Italy.

Five-time Olympic gold medallist Fourcade has 387 points in the standings, as he bids to win the overall World Cup title for the eighth time.

The 11-time world champion's run of seven World Cup crowns in a row was ended by Bø, the reigning Olympic individual champion, last season.

Other athletes looking to capitalise on his absence include France's Simon Desthieux, who has 352 points in third place.

In the women's standings, Italy's mass start world champion Dorothea Wierer is in the yellow bib on 390 points as she defends her overall crown.

She leads by just nine points from Norway's Tiril Eckhoff, who won four events in a row in December.

Another Norwegian, Ingrid Landmark Tandrevold, is third on 305.

Finland's three-time World Cup champion Kaisa Mäkäräinen was victorious for the first time this season in the Oberhof mass start and the 37-year-old will hope to maintain her good form.