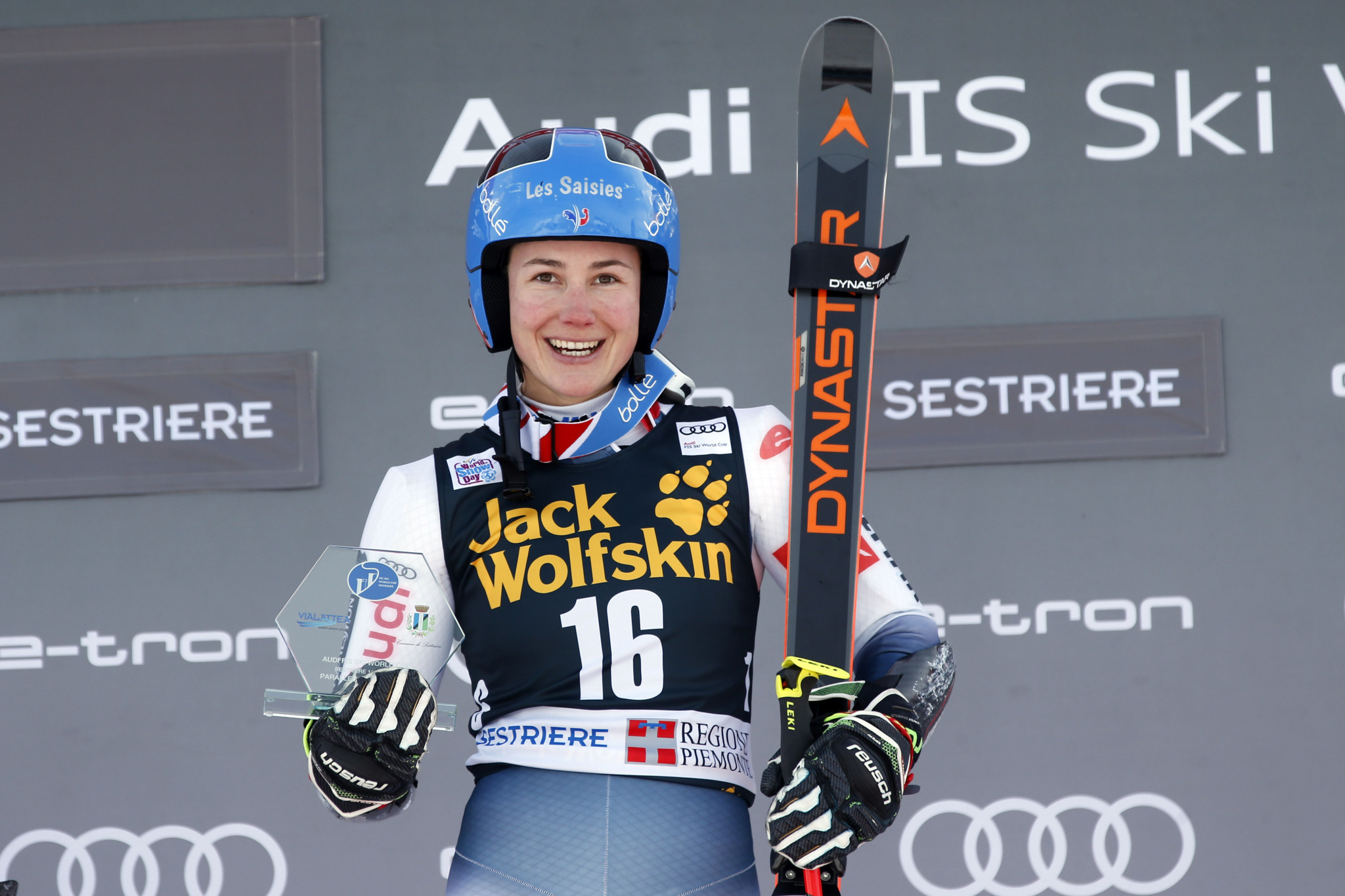 Direz, who only had one top-10 finishes from her previous 40 World Cup races, overcame Austria's Elisa Moerzinger in the big final.

The 24-year-old French skier knocked out reigning overall the United States' World Cup champion Mikaela Shiffrin - a surprise entrant in the competition - in the second round.

Marta Bassino won an all-Italian small final to take the bronze medal in the head-to-head format.

The parallel giant slalom race was not without controversy, however, as Shiffrin's manager Kilian Albrecht hit out at what he claimed was an unfair course.

Albrecht claimed the blue run was noticeably quicker than the red used by Shiffrin, the double Olympic and five-time world champion, during the competition.

"The International Ski Federation has been experimenting for a number of years with an event that has potential but they can't find a way to make it simple, fair and cool," Albrechte said after the race, while insisting Direz was a deserved winner.

"It was the same with the guys in Alta Badia where clearly one run was faster too,

"You need to eliminate these factors in any sport to at least put an effort into it but they apparently do not want to do that."

Shiffrin still extended her advantage in the race for the overall women's title, despite finishing only ninth.

The American star now leads Petra Vlhová of Slovakia by 249 points going into the next event on the circuit, scheduled to begin in Bansko in Bulgaria on Friday (January 24).