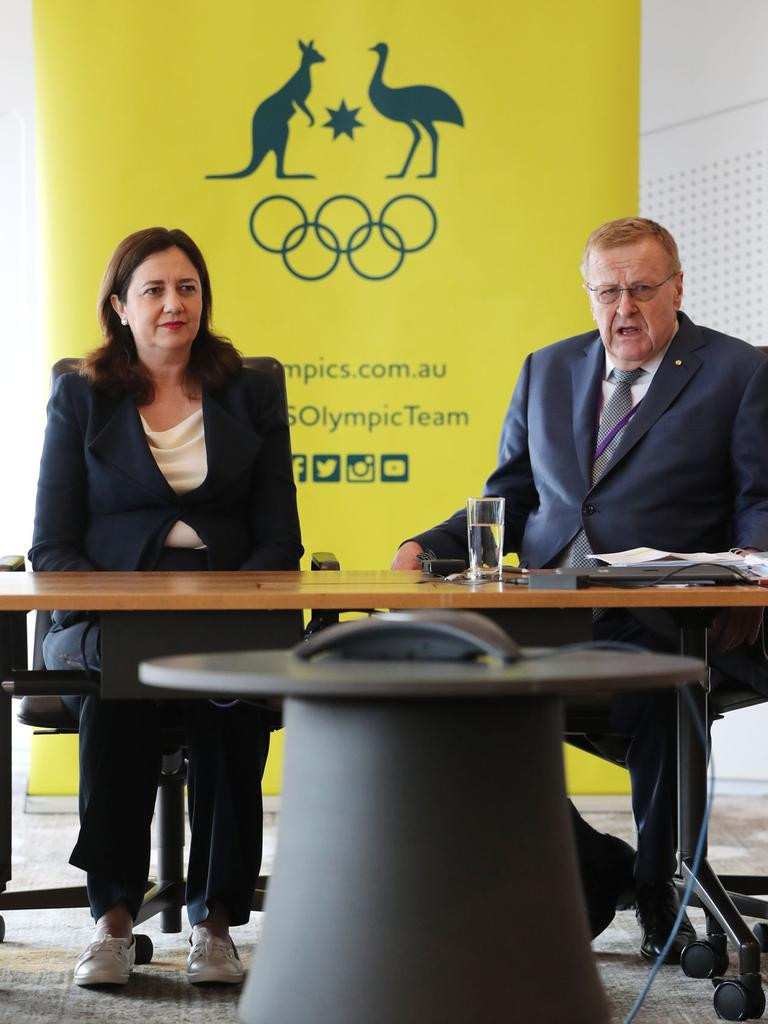 Australian Olympic Committee (AOC) President John Coates has rubbished a campaign started by controversial politician Pauline Hanson to try to scupper Queensland's bid for the 2032 Olympic and Paralympic Games, claiming that the event will not cost the taxpayer any money and could even make a profit.

Hanson, leader of right-wing populist political party One Nation, claimed last month the State Government should be focusing on providing water to regional areas rather than spending money on an Olympic bid.

She claimed local citizens did not want "spending tens of billions on stadiums and entertainment centres across Brisbane, the Sunshine Coast and Gold Coast" and would rather see the money allocated to drought-proofing Queensland.

She launched a series of billboards across the state plastered with the message "2032 Brisbane Olympics, regional Queensland says NO".

But Coates, in an editorial published in The Courier-Mail newspaper in Brisbane, has claimed Hanson does not understand the new funding model adopted by the International Olympic Committee (IOC).

"They are not just changes, more a revolution in the way the Olympic Games are run," he writes.

"Known as 'The New Norm', these changes have made Games much cheaper to run, while delivering benefits that can last 20 years and beyond."

"When you add revenue from national sponsors and ticket sales the operating costs of the Games themselves will not require any contribution from taxpayers or ratepayers," Coates, a senior member of the IOC who helped draw up the new strategy, writes.

"The IOC wants Olympic hosts to use existing venues as much as possible, reduce venue sizes and ensure the Games fit in with Queensland, not the other way round.

"In the case of Brisbane and Queensland's candidature, we already have 85 per cent of the venues in place or planned.

"Any investment in further sports facilities and transport infrastructure is already required to cater for the state's growing population."

A feasibility study commissioned by Queensland Premier Annastacia Palaszczuk has put the cost of staging the Games at AUD$5.3 billion (£2.8 billion/$3.7 billion/€3.3 billion).

The Games are seen as potentially being a major catalyst for helping upgrade Queensland's infrastructure system, which is currently struggling to cope with the number of motorists and passengers on public transport.

One Nation is asking you to help us have the Queensland parliament debate the irresponsible Brisbane Olympics bid because we all know Queensland can’t afford it!

"We know the Games will be so much more than the eyes of the world on Queensland for two weeks of the world's greatest sports event," Coates writes.

"The benefits start 10 years before the Games period and will last for another 10 years to follow.

"And those benefits will flow throughout Queensland.

"Tourism, small to medium businesses supplying the Games, pre-Games training camps, construction and other jobs, plus the enormous boost to sport in Australia.

"Sport will be supercharged.

"Today's 10-year-old child will be an optimistic 22-year-old in 2032, with real job opportunities, actively involved in sport and living in a thriving state with a vibrant economy."

Hanson responded to Coates' editorial by urging people to sign a petition demanding time is set aside in Parliament to "debate the irresponsible Brisbane Olympics bid because we all know Queensland can't afford it!"