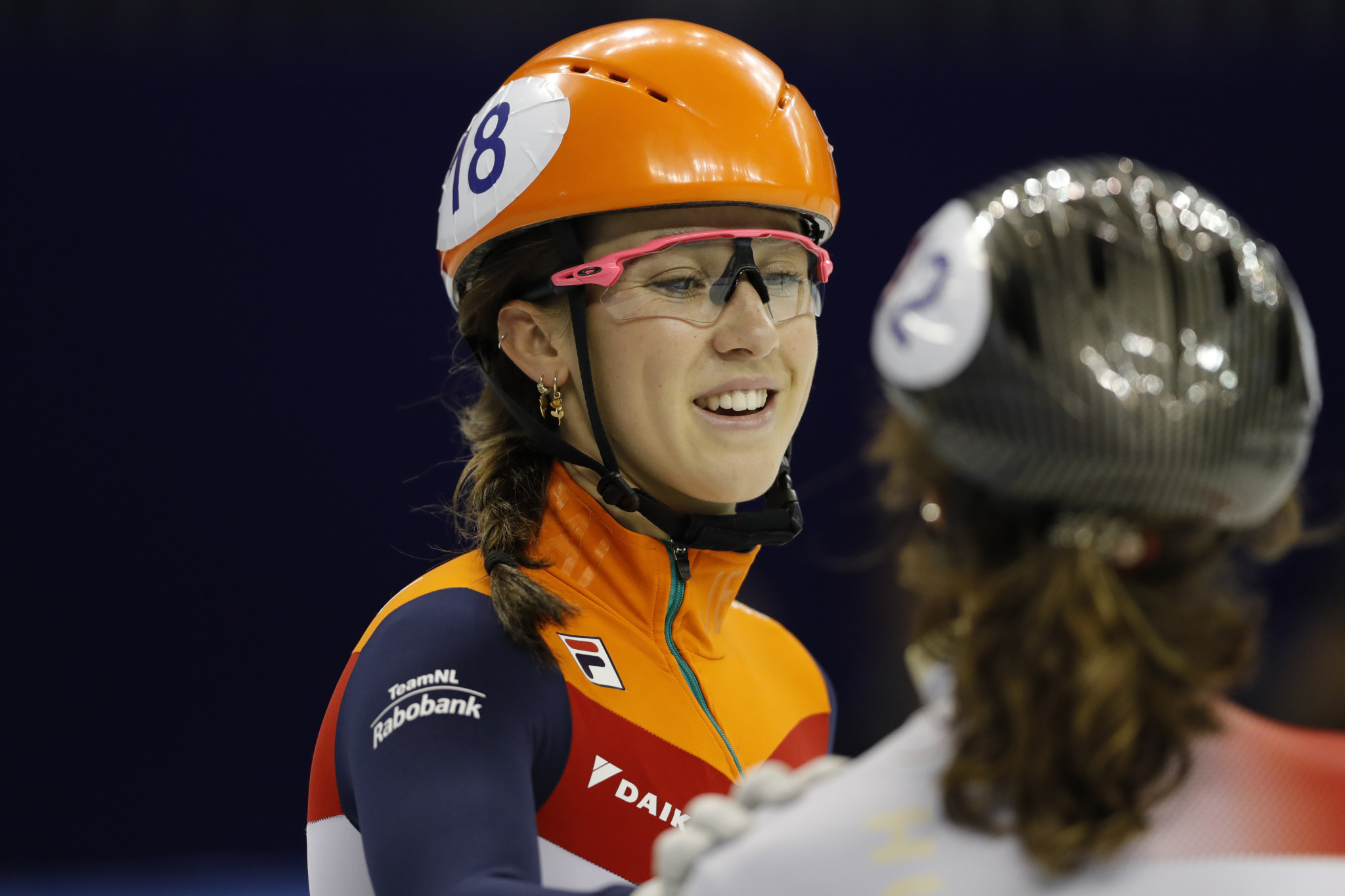 Suzanne Schulting remained on course for the 1000 metres win that could enable her to win the overall International Skating Union Short Track World Cup title at the fifth series event at the Energieverbund Arena in Dresden tonight.

Seo Whi-Min of South Korea, the only other skater who can realistically overturn Schulting’s lead given that she is within a race win of the Dutch athlete, squeaked through her heat as a fastest loser.

Fan Kexin also progressed from her 500m heat, winning it in 43.982sec ahead of minor qualifier Elena Viviani of Italy, who clocked 44.163.

Like Schulting, Kim Boutin of Canada could also lay claim to the overall World Cup title here is she can add another 500m win, and she finished first in her opening heat in 43.637.

South Korea’s Kim Ji-Yoo is top of the women’s 1500m standings this year after wins at Nagano in Japan and Calgary in Canada can also seal her title with victory in Germany.

She safely reached tomorrow’s semi-finals after winning her second quarter-final in 2:25.764,

There was a shock in the men’s 1500m as the new World Cup leader, South Korea’s Lee June-Seo, failed to reach tomorrow’s semi-finals after finishing third in his quarter-final heat.