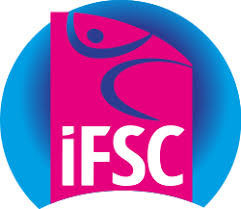 Three International Federation of Sport Climbing (IFSC) events scheduled to be held in China in the coming months will not go ahead in the country, the governing body has announced.

The decision is due to the ongoing coronavirus outbreak in China.

One of the tournaments - the IFSC Asian Championships, due to take place in Chongqing from April 25 to May 3 - is a qualifier for the Tokyo 2020 Olympic Games and as such will be rescheduled to take place at another location is Asia, the IFSC says.

A decision will be made in the coming days as to whether the events can take place at an alternative location.

"Our athletes are at the centre of our sport and so their wellbeing, as well as that of IFSC staff, officials, organisers, press and spectators, must come first," said IFSC President Marco Scolaris.

"As such, the World Cups in April will not take place in China.

"We’re looking for alternative solutions and will be rescheduling these events."

The decision to move the Chinese-based events was made during the IFSC Executive Board’s monthly teleconference.

Also discussed was the state of the Tokyo 2020 sport climbing venue, as President Scolaris was among an IFSC delegation to have visited the venue recently ahead of a test event beginning on March 6.

The 15th IFSC Plenary Assembly will be held in Limassol in Cyprus on March 13 and 14 - the Executive Board will have another teleconference on March 5 to prepare for this.

The coronavirus outbreak has now killed at least at 1,357 people and there are more than 60,000 confirmed cases worldwide, with the vast majority originating in China.

The Hong Kong Sevens and Singapore Sevens were both postponed today due to the epidemic, while it was also confirmed that the SportAccord World Sport and Business Summit will not take place in Beijing in April as was planned.