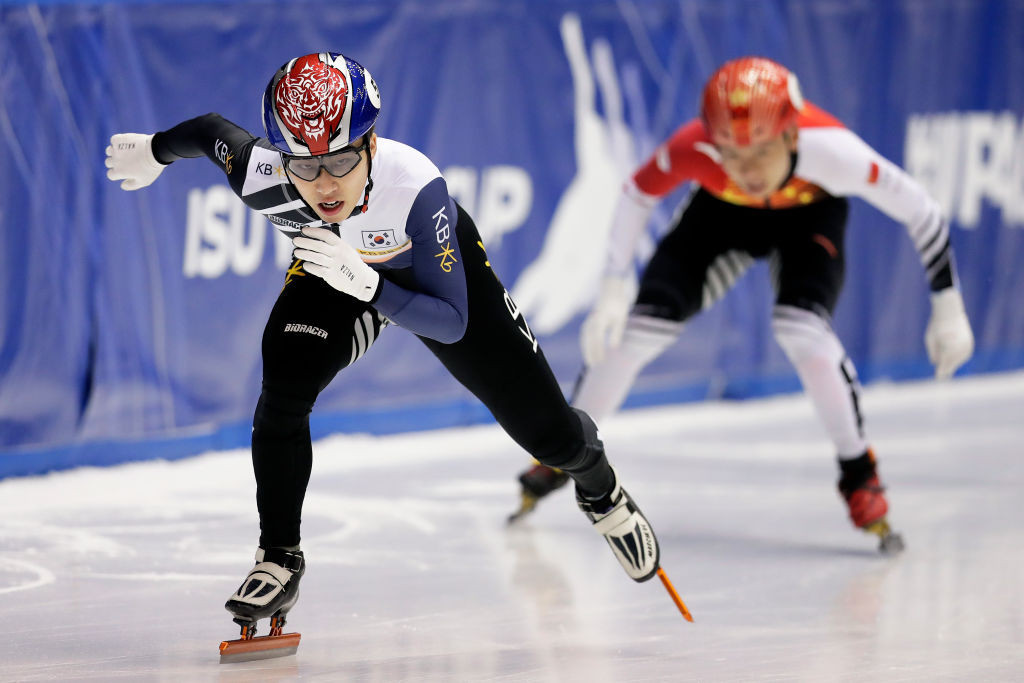 The International Skating Union (ISU) Short Track Speed Skating World Cup season is set to conclude over the coming three days in Dutch city Dordrecht, where the overall champions in the 500 metres, 1,000m and 1,500m categories will be crowned.

A fine run of form in the second half of the season from South Korea’s Park Ji-won has made him the one to beat in the men’s field.

The 23-year-old has been competing on the ISU Short Track Speed Skating World Cup circuit for five years and has always been a consistent performer, accumulating three gold medals in previous seasons.

This term, however, he has stepped up a notch and won an extraordinary five individual titles; one in Canadian city Montreal, two in Nagoya in Japan and two in Dresden in Germany - all in the 1,000m or 1,500m.

It has left him the top-ranked athlete over both distances, and number one overall going into the meeting at Sportboulevard.

He faces stiff competition, however, from compatriots Hwang Dae-heon over 1,000m and Lee June-seo in the 1,500m

There is also likely to be a fearsome challenge from Hungary’s Shaolin Sándor Liu - currently ranked number one in the 500m but also able to compete over 1,000m - and his brother Shaoang Liu, who became overall European champion last month.

In 2018-2019, the Dutch powerhouse finished at the top of the rankings for the first time in her career, and she is well positioned to repeat the feat.

The Canadian returned to action in Dresden last weekend, however, and did not look like she had lost any momentum, winning the 500m in imposing style.

Both racers will be looking over their shoulder for Choi.

The 21-year-old is the most decorated female skater of the last decade, winning the overall ISU World Short Track Speed Skating Championship title in three of the last five years.

Schulting took the title in 2019, however, and Choi looked a shadow of her former self at the beginning of this term.

The real Choi has reappeared over the last couple of meetings.

She swept the medals at the new ISU Four Continents Short Track Speed Skating Championships in Montreal, and in Dresden she won the 1,500m with a trademark late burst of blistering pace.

The showpiece event is due to take place from March 13 to 15.