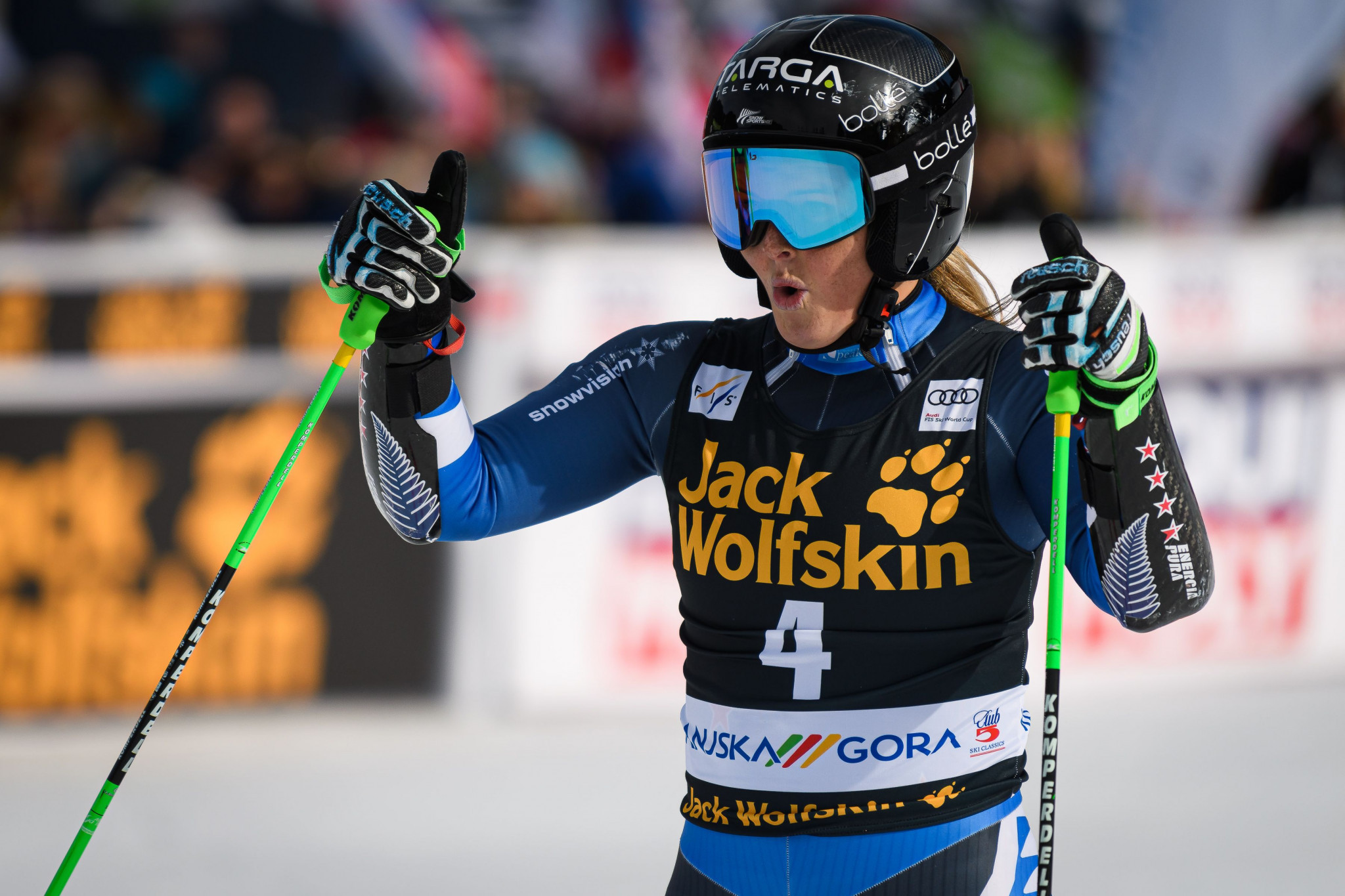 The junior giant slalom world champion earned a surprise World Cup victory in the opening event of the season.

A second triumph appeared possible when she achieved a time of 57.70 seconds in the first run of the competition.

The effort was enough to place the New Zealand skier second at the halfway mark, with Slovakia’s Petra Vlhova topping the leaderboard with 57.46.

The top two positions would switch in the second run, with Robinson delivering the fastest run of the competition by clocking 56.62.

Her overall time of 1min 54.32sec was enough to clinch victory.

Hosts Slovenia were able to celebrate a podium place for Meta Hrovat, who tied for third with Switzerland’s Wendy Holdener.

She remains top of the standings for the discipline on 407 points, with Vlhova rising to second on 333.

Brignone can close on the absent American star Mikaela Shiffrin in the overall World Cup tomorrow when the slalom event takes place.

Shiffrin has extended her leave of absence from the World Cup circuit following the death of her father.