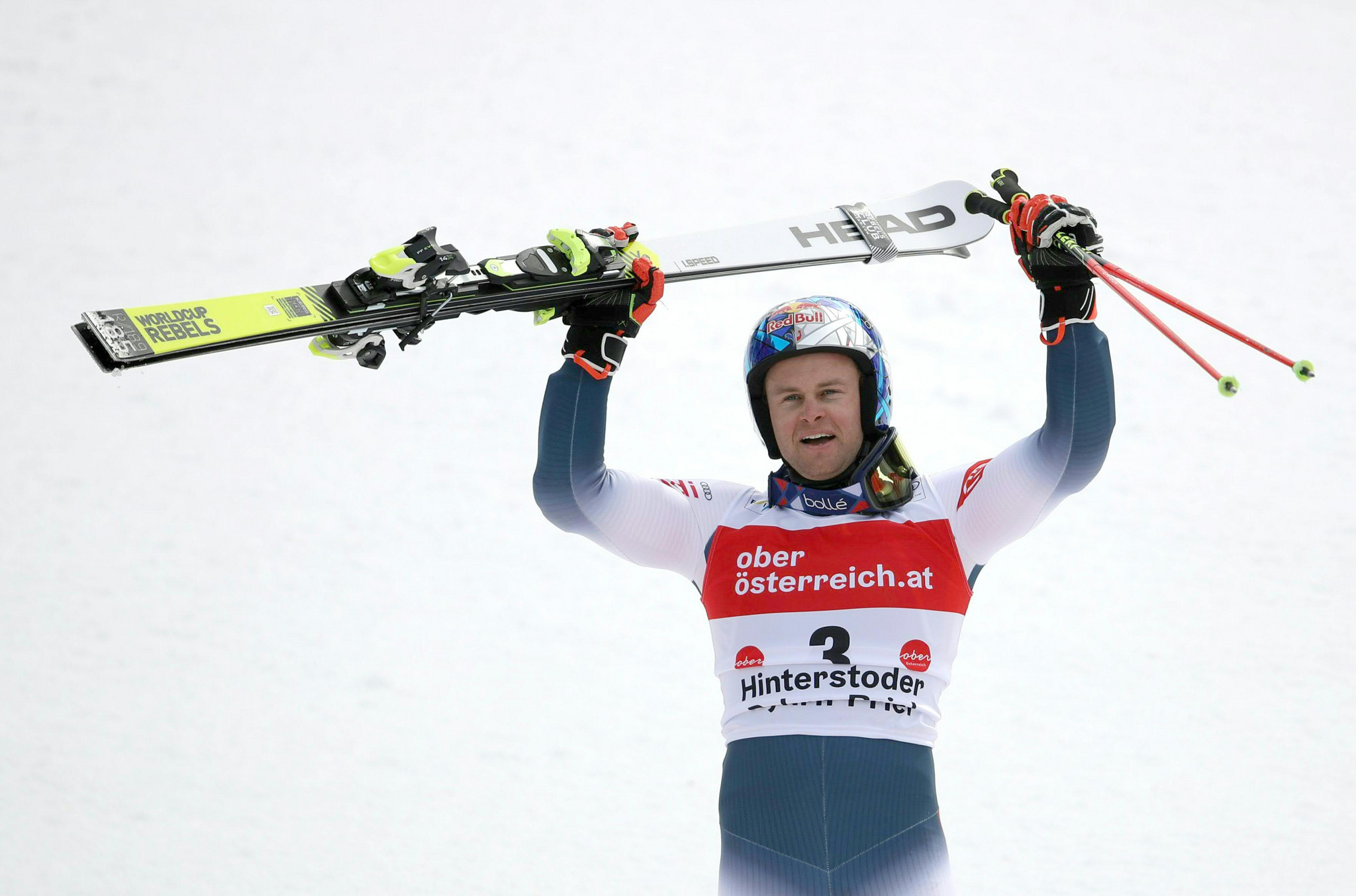 The Frenchman completed a superb two days in the Austrian resort after he won the combined race held there yesterday.

That triumph saw him capture the seasonal title in the discipline for the sixth time and he is now in pole position for the main prize as well after taking the lead from Norway's Aleksander Aamodt Kilde.

Pinturault won in a combined time of 2min 41.96sec today after his first run of 1:24.30 was the quickest of the field, giving him a cushion of nearly a second.

His second run of 1:17.66 was only the 21st fastest but he still had enough to keep the pack at bay.

Croatia's Filip Zubčić finished second in a time of 2:42.41 with Norway's Henrik Kristoffersen ending third in 2:42.68.

There will be a new overall champion on the men's circuit this year due to the retirement of Austria's Marcel Hirscher, who has won the last eight editions.

Pinturault, who won silver in the combined at the Pyeongchang 2018 Winter Olympics, now has 1,148 points at the top after collecting another 100 points for his race victory.

Kristoffersen's third place today has seen him take over as the giant slalom leader from Žan Kranjec of Slovenia.

Today's race was due to take place in Val d'Isere in France on December 15, but was moved due to heavy snow and wind.

Eight races remain in the men's World Cup this season.

Kvitfjell in Norway is the next stop, hosting downhill and super-G on March 7 and 8.