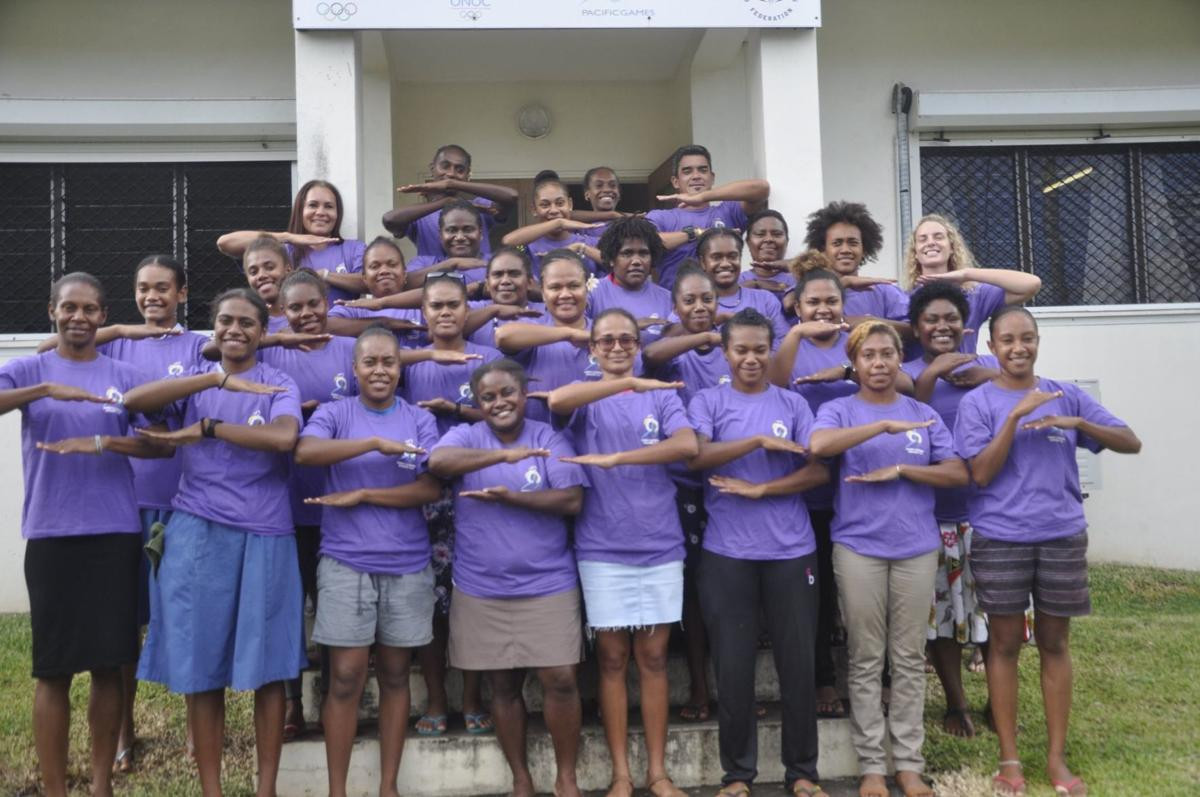 The Vanuatu Association of Sport and National Olympic Committee (VASANOC) teamed up with the Vanuatu Women in Sport Commission (VanWIS) to deliver the first women's sport leadership workshop to mark International Women's Day.

VASANOC equity and inclusion officer Jessica Richardson, an Australian volunteer funded by the Australian Government, was integral to the design and the facilitation of the workshop, having been inspired by a similar programme.

Richardson was part of the Women's Sport Leadership Academy in 2019 and aimed for the women of Vanuatu to have the same opportunity.

The workshop saw 29 women from 13 sports federations - as well as some representing schools, businesses and communities - take part in the three-day workshop.

Current and future female leaders in sport were invited to celebrate their achievements and be empowered to further effective leadership.

The theme of the workshop was "empowered women, empower women" - which aimed to highlight the leadership skills of those in attendance.

"After attending this empowering workshop, I am so excited of the new network of sister I now have in sports and learning smart ways on how to deal with issues," Taravaki commented.

"My next step is to one day in the near future, run a workshop to pass on what we have learnt to girls and women in my community."

Daisyrose Sipiti, a representative from tennis, added: "It helped me understand who I am so that I may be able to understand and be proactive to those that require my help, especially as a woman leader.

"The workshop alight and rekindled the better leader flame in me."