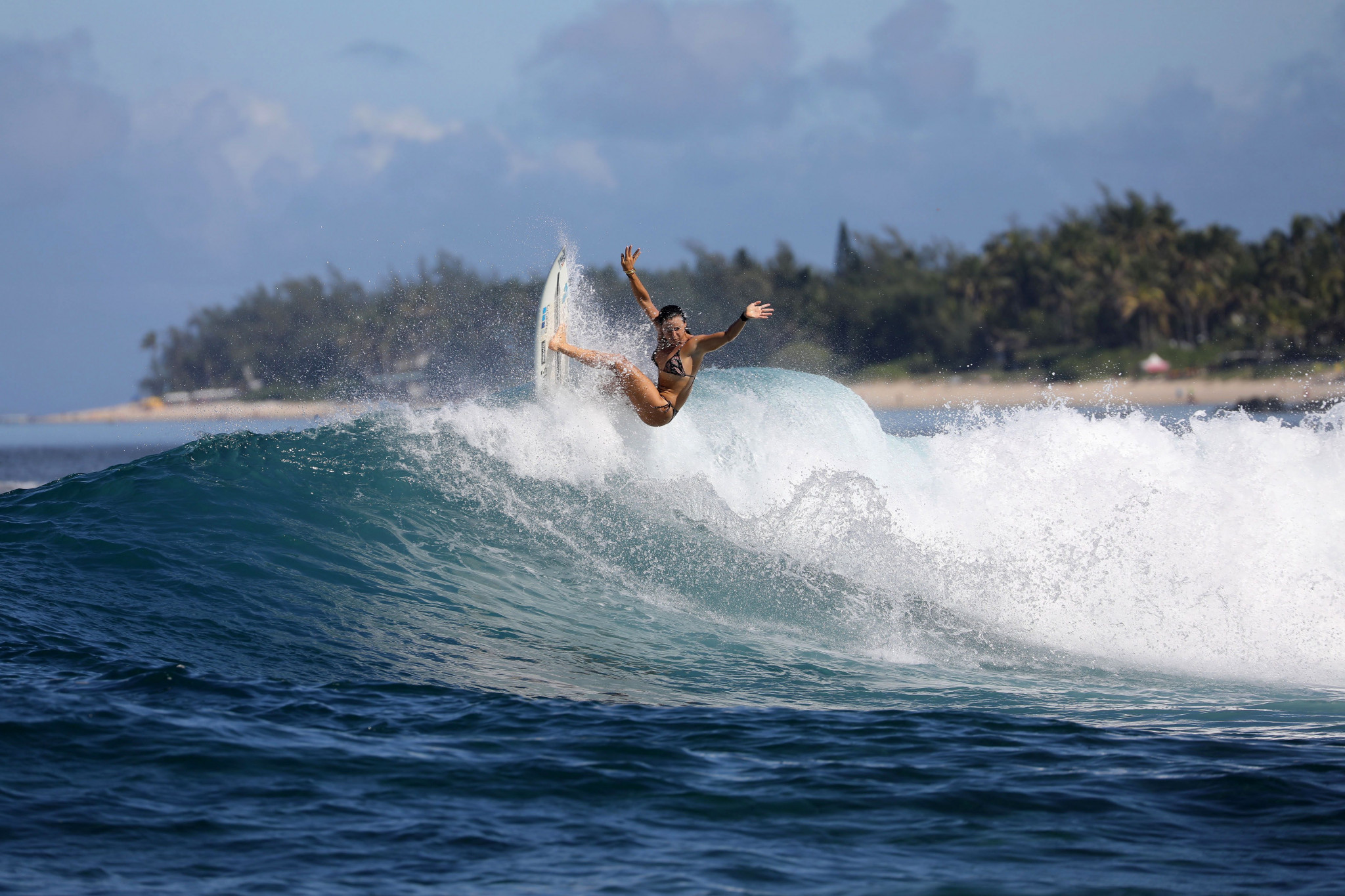 French surfer Johanne Defay has given her support to the decision to hold the Paris 2024 surfing competition in Tahiti, saying it will look "magnificent on screen".

Paris and Tahiti, more than 15,700 kilometers apart, are set to break the record for the furthest distance between two Olympic competitions being held as part of the same Games.

The extra travel and and the carbon footprint it is likely to produce has been criticised by some, given locations on the French mainland had also applied to host the surfing competition.

However, speaking to GQ, Defay described the Teahupo'o wave in Tahiti as "magnificent" and "very special".

"Even if we are far from Paris, it is France," Defay said.

"Tahiti will be magnificent on screen.

"On the spot, it will be crazy, the wave is crazy.

"And in summer in France, the waves can be very poor, even rotten."

La Torche, Biarritz Pays Basque, Lacanau-Bordeaux Métropole and Hossegor-Seignosse-Capbreton had all submitted bids to host surfing at the Games, but were unsuccessful.

"This is why surfing is not very well known because not everyone can practice it at the beach.

"Surfing does not catch the eye when there are small waves and when maneuvers are made to find the right one.

"While at Teahupo'o, with an impressive wave, people will be stuck!"

Defay - who lives on the island of Réunion, an overseas French department -  finished eighth in the 2019 World Surf League Women's Championship Tour, which secured her a place at Tokyo 2020, where surfing is due to make its Olympic debut.

She has won three events on the Tour and finished a career-best fifth in 2018 and 2016.

"Paris 2024 makes me dream, that's for sure," said Defay, and added that she had been assured the surfing competition would be held in the first week of the Games, allowing athletes to return to the French capital to watch to watch other sports.